The scientists said the consequences of global warming 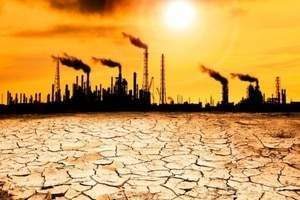 Climatologists report that the situation with global warming in the world is getting worse, and now climate change have posed a threat to humanity.

As noted in the article the researchers, by the end of this century the oceans could rise by 1.5 meters, which will lead to a significant reduction in land, in the end, 20% of the world population will be forced to relocate.

However, in this work scientists observed that not only do people cause global warming.

So, according to a scientist from the World ocean RAS Leonid Zhindarev, climate change happened ten thousand years ago, and in addition, carbon dioxide is produced not only people and plants, but also the World ocean, and its amount is higher at times than what people are doing.

Now researchers are looking for a way to stop climate change.