The secret vaults of the Internet. Where are your correspondence that you deleted 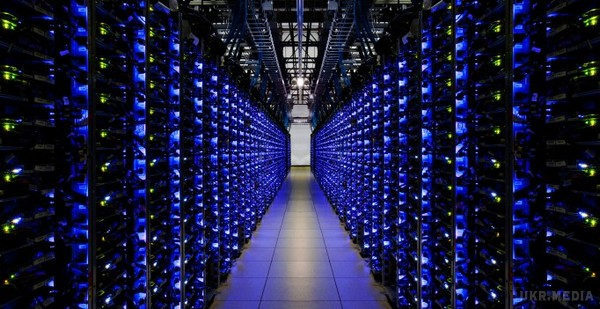 In the yard in 2016, and you, my friend, should know that none of your message in social media cannot be 100% confidential. Messenger, private browser mode — big brother sees all. But what about those shameful messages to unfamiliar girls, you once, while drunk, wrote on Twitter or Facebook, and in the morning, imbued with the horror erased? Is it possible to delete something on the Internet? The answer, as you probably guessed, is ambiguous.

“Deleted something or not – the user cannot control this process,” says Ben Dayanim, a lawyer from Washington specialized in privacy and computer security. Take, for example, regular mail. When you remove it, it goes in the Deleted items folder. If you clear this folder, you will delete the email only on your account. And on the provider’s server, as noted Dayanim, it may persist indefinitely. And in case of problems provider with the security of the data stored your intimate correspondence with n attestation lady can easily fall into the hands of hackers. The same applies to your messages in social networks. No, because you’re agreeing to when you register. And what is said in the privacy policy of different companies? Let’s take a look.

This is store data “for as long as necessary to provide services to you and to others.”

After you delete the email, Gmail may not immediately delete copies of existing servers.”

The company isn’t saying what happens when you delete a tweet, but notes that “search engines and other third parties may retain copies of available information, such as your profile and available to all tweets, even if you remove it from Twitter and deaktivirati your profile”.

When you’ve read the message, it is automatically deleted from the servers of the company “in most cases”. The company does not guarantee removal within a certain time period and reports that the message “limited time may be stored in a backup”. What term is meant by “limited time”, not reported.

The service can save information in a “commercially reasonable targets for backup, archiving and/or auditing”.

In short, as we said, everything is ambiguous. In General, as advised by Danim, you should assume that the company can recover your data in certain circumstances — for example, if you have a warrant. If you are seriously concerned about the confidentiality of their correspondence, go to apps like Cyberdust. The company assures that deletes all messages from its servers within 100 seconds after reading their recipient.

We hope that you did not write anything that can lead you to the dock. Rather, you stumble across the scandalous reaction from other users. But to avoid this, here’s a few examples of how careless message can lead to problems. Do not repeat the mistakes of others!

In 2013, the successful PR person, Justine Sacco wrote before boarding the plane this tweet: “going to Africa. I hope you will not catch AIDS. Joke – I’m white!” Until that moment, as her 11-hour flight came to an end, thousands of angry people brought in the top hashtag #HasJustineLandedYet. The scandal soon led to the dismissal Sacco.

This year you lost your job and former Chairman of the Royal Bank of Scotland Rory callinan: his daughter has posted screenshots of his messages in Snapchat, among which were things like “Damn, another damn meeting!”

In 2014, actor James Franco wrote 17-year-old Instagram of the wearer’s playful message with an invitation for a date. The girl demanded confirmation that Franco writes personally, and then published the correspondence on Imgur. The actor tried to laugh it off, but from the moment the franc strengthened the dubious reputation of the Amateur to communicate with minors.

In short, before you send a message, ask yourself a few questions: will this not lead me to dismissal? Could it interfere with me to get a job in the future? Doesn’t it whom? As for me, all it’s important to post these lines right now? If the text of your message status description or photos do not pass this test, it is better to network them not to post and sleep.