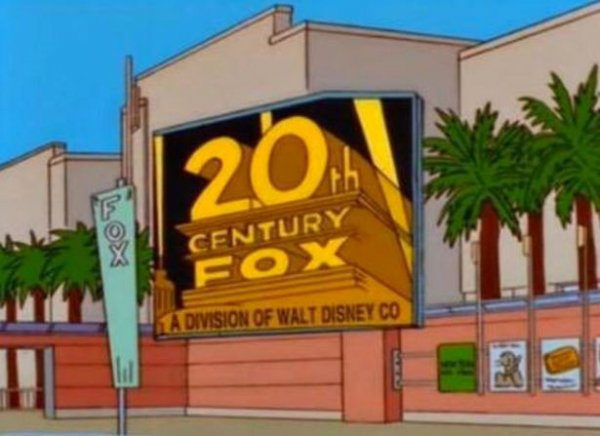 In the popular TV series “the Simpsons” predicted the merger of two leading film studios in the world The Walt Disney Company and 21st Century Fox 20 years ago. The contract specifies the amount of the transaction, equal to 52.4 billion dollars.

After the completion of the merger of The Walt Disney Company will receive all rights on the products, which were previously owned by 21st Century Fox, the organizations also get units engaged in the production of films, cable television, including television channels National Geographic and Discovery.

In addition, the rights to the franchise “X-Men” and “Fantastic four” will also be forfeit to the Disney.

About 20 years ago in one of the episodes of “the Simpsons” in France, a building of office of the company 20th Century Fox, signage which indicates that it belongs to Disney.