The solar system will occupy a reasonable work 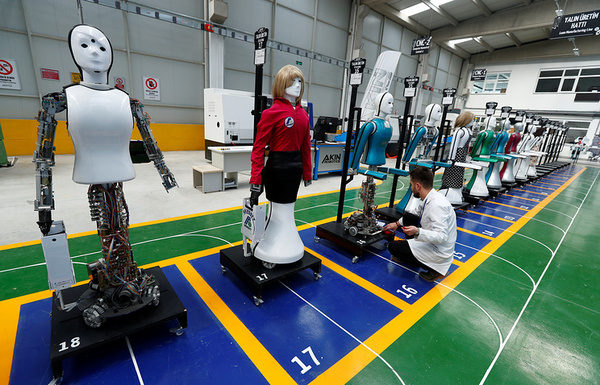 The solar system will occupy a reasonable work
Sure the Swiss Professor jürgen Schmidhuber, Director of the Institute of artificial intelligence research, located in Lugano.

Man has created “smart work” in a few million years inhabit our galaxy – the milky Way, and then continue progression in the Universe, reports Rus.Media.

Sure the Swiss Professor jürgen Schmidhuber, Director of the Institute of artificial intelligence research, located in Lugano.

“Space is not for us”

Schmidhuber gained worldwide fame for its research in the field of artificial intelligence, in particular, on the issue of long short-term memory (Long short-term memory, LSTM). Asked in an interview with Swiss news portal Swissinfo on the question of how to lose employees in the future control of artificial intelligence (AI), a scientist said: “Now almost all research in this area is being carried out around the continuation or facilitate human life. In the long run, however, a really clever media II free from man.”

After this “intelligent robots will apply where there is more material and energy resources, that is, in outer space, far enough from the person.” There, in particular, “billions of times more sunlight than a thin layer of our biosphere”. “First artificial intelligence colonize the Solar system, and then, within a few million years, the entire milky Way, he Schmidhuber. – Space was not created for us, and for artificial intelligence created properly.” Recalling that the universe is still young, the scientist stressed that smart robots “will have sufficient time to complete its colonization and settlement”.

Human life is short in comparison with the huge distances in our galaxy, he said. But in a properly designed AI will not be “natural speed limits imposed by physical laws”, and smart work “will be easy to move at the speed of light”.

Schmidhuber does not share the concerns of the head of the American company Tesla Elon musk that AI is the biggest threat to humanity. According to the scientist, such a threat is created in the twentieth century hydrogen bomb. As for artificial intelligence, the current efforts of scientists in this area are 95% focused on solving the problem of extending human life and improve his health, while the military development occupy only a small fraction of studies.

However, in 2015, Schmidhuber put his signature under the open letter, in which more than 100 scientists has warned the international community and politicians about the dangers of military use of AI. He believes that it is necessary “to understand the risks and focus on the positive aspects of new technologies”.

Several centuries before the end of civilization

Answering the question “what can cause the merging of man and machine?”, the researcher said that “for a long time we are cyborgs – wearable glasses, watches and even more recently, dentures and implants that are able to respond to our nerve signals.” In his opinion, “we do not stop improving, merging with technology”, and as a result, people may receive a great temptation to have, for example, two eyes and one million, including the ability to see infrared, x-rays,” or a million-fold increase in the ability of the brain to perform calculations.

“Those who yield to this temptation, will soon become a Superman, and so inhuman, and thus closer to artificial intelligence, which has no biological evolutionary ballast”, – said the scientist.

He pessimistic about the prospects of competition with artificial intelligence and the preservation of their identity. With the rapid proliferation of intelligent robots in space, starting with the Solar system, man “will no longer be able to really compete with AI, and therefore will not be able to play an important role.”

This is due to the fact that future decisions will be taken by those who are able to use all the features for calculations. As a result, “the authentic person we know, will no longer play a big role.” “Everything will change, and the history of civilization, which was dominated by classic people, come to an end in the next few centuries,” summed up jürgen Schmidhuber.