The Sun recorded a powerful flash: how it will affect the health of the inhabitants of the Earth 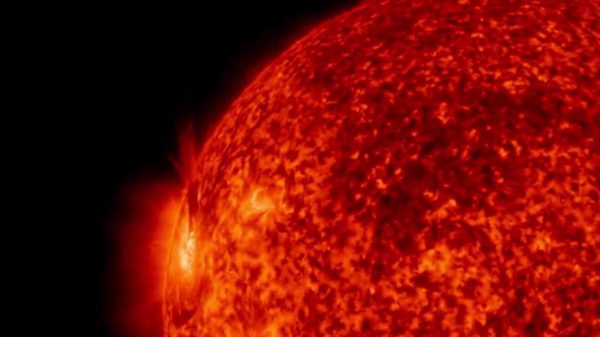 The Sun recorded a powerful flash: how it will affect the health of the inhabitants of the Earth
At the moment the disk of the Sun completely cleared of spots except at the equator.

This was reported on the website of the laboratory of x-ray astronomy of the Sun of the Russian Academy of Sciences, reports Rus.Media.

According to scientists, the flash was the completion of the largest in the last few months of the surge in solar activity, which is observed on 4 February.

“These days the x-ray flux from the Sun has increased about 10 times. Increased, there is now the radiation level of the Sun. Increased activity of the Sun, overall, is not quite normal, as the minimum of the solar cycle develops. There is a feeling that the Sun just burns, so the last magnetic fields that remain from the previous cycle,” says the lab.

On the website researchers said that the flash is C8.1, which is approximately 10 times less than the highest score of solar flares, which is indicated by the letter X.

According to preliminary estimates of scientists, the flash can not affect the Earth.

“The impact of the outbreak that occurred on Earth, is virtually eliminated due to its great distance from the line Sun-Earth. In addition, the outbreak is a so-called pulse type which, according to theory, is not accompanied by emission of solar plasma into interplanetary space. Such emissions are the main cause of the strong magnetic storms”, – summed up in the lab.