The sun will kill anyone who tries to colonize Mars – scientists 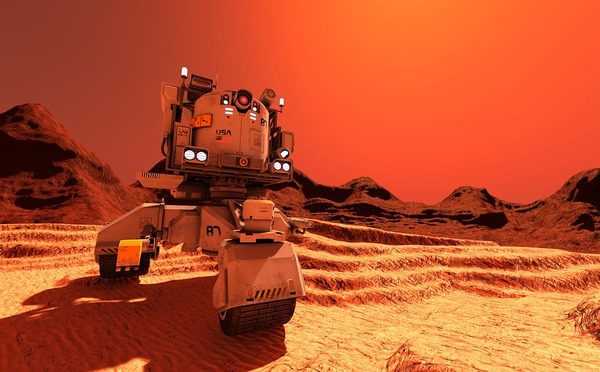 The sun will kill anyone who tries to colonize Mars – scientists
Plans Mask may not come true.

Scientists at the University of new Hampshire in US found that the effects of radiation on astronauts who make space travel will be much more serious than anticipated. The reason for this is the decrease in solar activity, with the result that the solar wind effectively reflects less cosmic rays, reports Rus.Media.

The researchers analyzed the data using the CRaTER instrument onboard unmanned spacecraft Lunar Reconnaissance Orbiter in space. His appointment is to assess the harmful effects of cosmic rays and solar radiation.

It turned out that the radiation sources which are objects outside the Solar system, becomes more intense. The reason for this is the abnormally long period of low solar activity.

According to scientists, the possible radiation dose that will be received by the astronauts who went to Mars, will increase by 30 percent. However, the main danger comes from the Sun. For example, in September 2017, astronomers have recorded a coronal mass ejection that led to the emission of energetic particles.

Previously portal “Know.news Agency” has reported that on Wednesday, March 14, it became known that there is a “cosmic gene” that is activated after hitting a man in terms of being in space. Of numerous medical observations, said NASA.

It is noted that the Agency has finally completed a study entitled Twin Study. During the experiment, one of the twins-astronauts spent in space for a year, and his brother did a few short flights, which totaled 54 days.