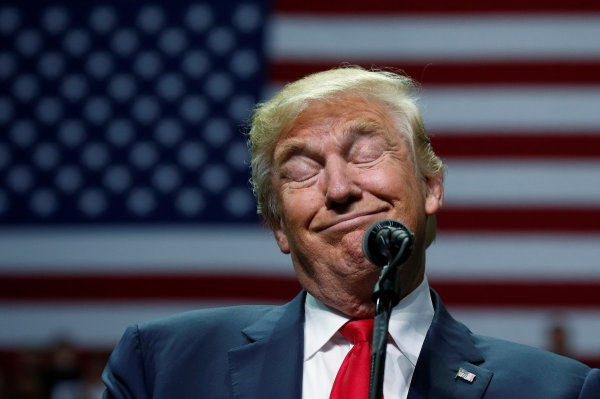 One of the most authoritative journals in the USA by the end of the year brought the list of the most amazing habits of the American President – Donald trump. And although the President of America has always been distinguished by its uniqueness, some habits were still able to surprise readers across the country.

In a list of nine strange habits of the President became painful love fast food and diet soda, which, by the way, the President can drink 12 cans daily. A zealous attitude to the TV remote control and a love of watching the news was the second paragraph of the “weirdness”. After that in the list are fanatical desire to see themselves on the news literally every day. Even lower in the ranking are already more personal habits such as thoroughness in terms of cleanliness of the hands and order to your desktop and also the conservatism in the choice of hairstyles. And completes the rating of the strange habits of the constant desire of the President to show the bathrooms of the White House to all its guests.

A behavior of this list has come under a wave of ridicule from users of the network, some of them have even been mounted humorous videos.