This is perhaps one of the worst sounds in the world – Eng.Media 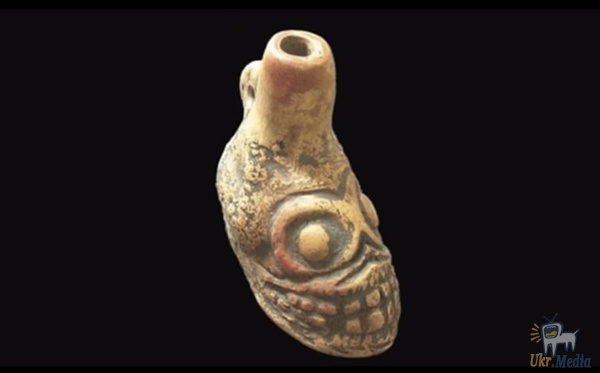 This is perhaps one of the worst sounds in the world
Listen to the sound of the “whistle of death of the Aztecs.

The first musical instrument that was named the Deadly whistle of the Aztecs, was discovered by archaeologists in the mid-twentieth century during the excavation of the Aztec temple in Mexico. However, the audio purpose of the small clay sculptures in the shape of human skulls or animal heads, scientists realized not once, reports Rus.Media.

About 15 years numerous whistles have lain in storage under the labels “ritual jewelry” and “toys”, until they took (literally) the researcher Arnd Bot. It Arnd found that if you blow on a “toy” you can hear the heartbreaking sounds. To describe the sounds like “screams of a thousand lost souls who descend to hell” – and it is, believe me, by the description.

Arnd and his successor, who joined the study whistles Roberto Velasquez, suggested that the whistles were part of the ritual of human sacrifice, because many were found in graves in the hands of the victims. Scientists believe that the eerie sound of the whistle was administered doomed into a trance, allowing them not to fear death.

In addition, there is a version that the Aztecs used a Deadly whistle to scare away enemies (we suspect, very effective). In General, we offer you to listen to the sound of a death whistle Aztec. The shuddering horror and guarantee.