Tim Raines is proud to be inducted into Cooperstown 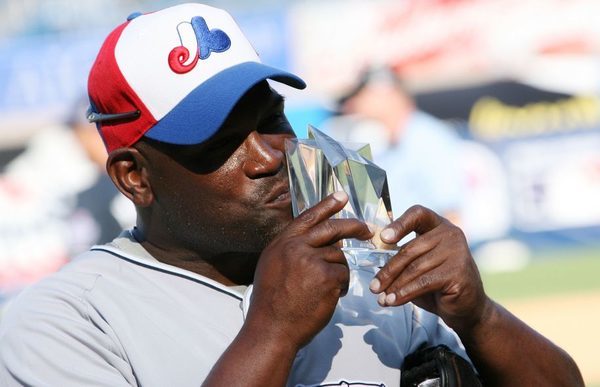 Photo: Bryan Bedder, Getty Images
Tim Raines, shown here in a photo from 2008, will be admitted to the hall of fame on July 30, next.

A little over a week of the induction ceremony for the hall of fame of baseball, Tim Raines realizes more and more that it is about to go down in history. He is especially proud that he will join his ex-teammates Gary Carter and Andre Dawson as the representative of the Montreal Expos.

“Montreal has played a huge role in my career, he recalled during a conference call on Friday. It goes without saying that I am inducted as a member of the Expos. “

Raines will be admitted on the 30th of July, in the company of the players Jeff Bagwell and Ivan Rodriguez, as well as builders, John Schuerholz and Bud Selig. According to him, none of this would have happened had he not crossed the path of Dawson.

“I truly believe that I would not have been elected to the Temple without him. The influence that it had on me was huge. He preached by example. It is one of the few guys that I know who is elected to the Temple although he had trouble getting in because of the condition of his knees. To see him play every day was inspiring. I would have liked it to be in good health so that he can show to all the world the breadth of his talent. “

Several supporters of the Expos will travel a little over five hours to get in the bucolic village of the State of New York to attend the ceremony. The group ExposNation has chartered four buses and several other will, by their own means.

Raines has been admitted to its 10th and final year of eligibility. After seven years on the ballot, the Temple has changed the rules of admission, increasing the duration of eligibility from 15 to 10 years.