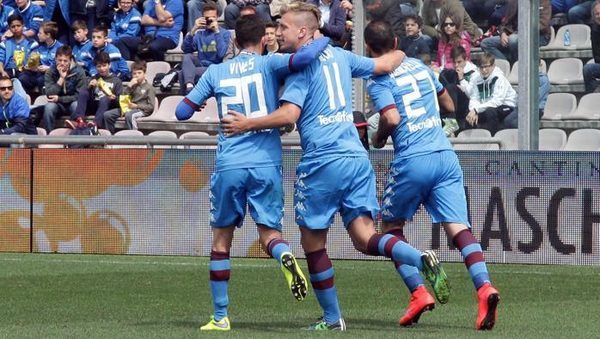 May 28 at 21:45 in Turin at the stadium “Olimpico”, Torino in the match of the 38th round of the championship of Italy will take Sassuolo.

Torino vs Sassuolo preview
Torino at the finish of the championship slowed down, the team lost the last two games, Napoli 0: 5 and Genoa 1: 2, although before that she did not know defeats since March 18, during 7 meetings. The series of “bulls” without victories has reached 4 matches and lasts from April 29, during which time only 2 points were scored. As a result, for the round to finish the championship Torino with 50 points and the difference of the balls 66-63 takes 9 place in the table, by and large being already on vacation. In his field, “bulls” scored 32 points with a goal difference of 38-28. But it is worth noting that the last time Torino won home on March 5, then in 5 meetings, 4 times, played a draw and lost one match.

Torino vs Sassuolo prediction
Sassuolo on the contrary spent the entire season very weak, but at the finish of the championship points gaining steadily in every match, not knowing the defeats since April 1 for 7 meetings, winning 4 bouts and three draws. Finishing jerk allowed Sassuolo with 46 points and goal difference 55-58, climb to 11th place in the Serie A. On the road team Di Di Francesco scored 22 points in 18 games, scoring 28 and conceding 30 goals.

Sassuolo does not lose Torino in 5 personal meetings in a row, having won 2 wins and three draws. However, in the upcoming game the points do not have much significance for any of the teams, and since they like to play open football, I think they will please the fans with an effective game in the last match of the season. Rate: TB4.