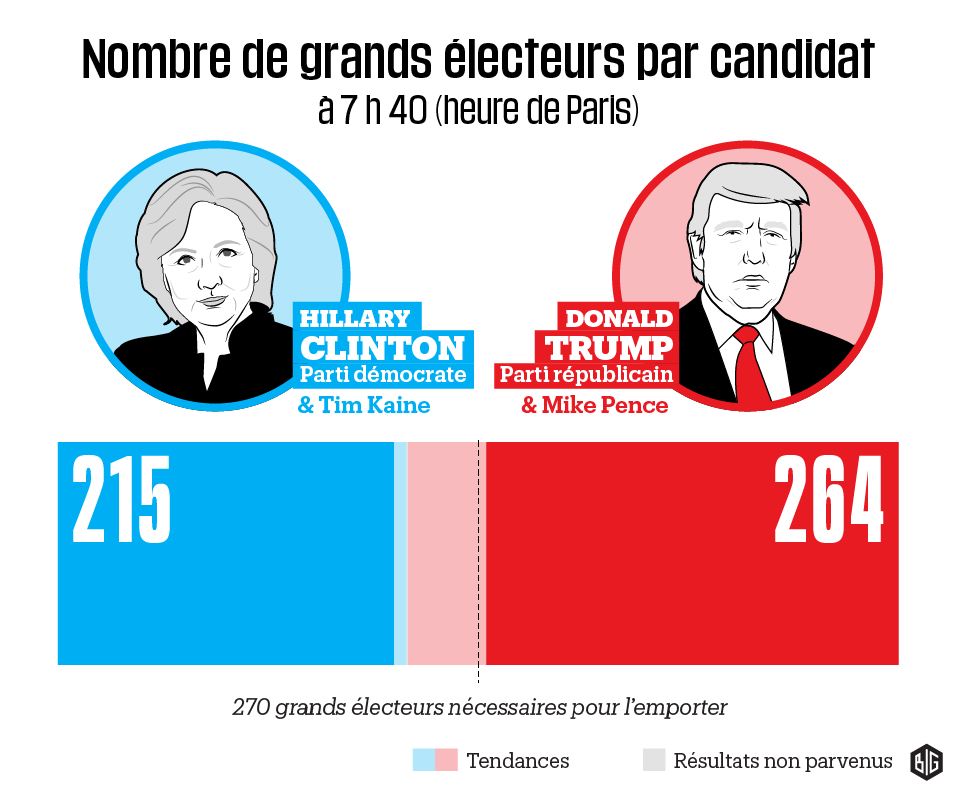 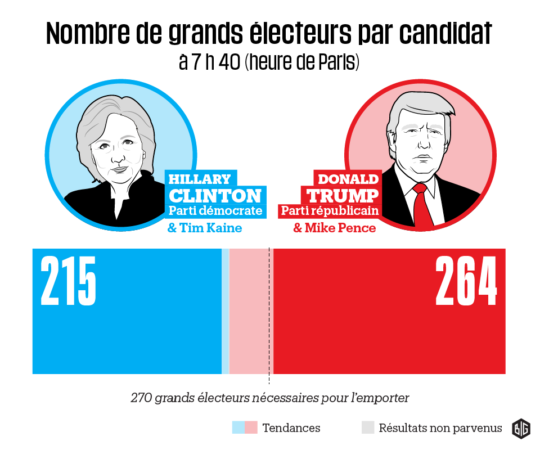 At 5:40, the Republican candidate is well positioned to win the election.

Trump won several “swing states”
The Republican candidate won in Ohio and Wisconsin, though Democrats in 2012 and in the State of Florida, long undecided.