Two Greenpeace activists are linked to the Port of Montreal 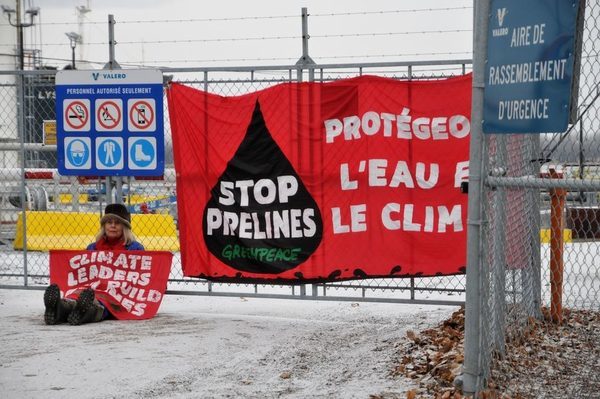 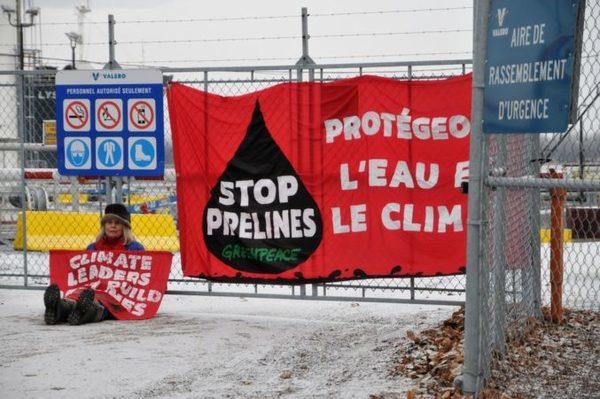 MONTREAL | Two Greenpeace activists opposed to the pipeline projects chained themselves to a fence Enbridge oil terminal in the Port of Montreal, Monday morning.
Equipped with a banner where it is written “Stop Pipelines: Water Alert and climate”, activists realized their radiance in the wake of the approval pipeline modernization projects by the Trudeau government, the last week.
Five other protestors were then mounted in towers, blocking the arrival and departure of any petroleum, told TVA Nouvelles spokesperson of Greenpeace, Patrick Bonin.

“Companies are complicit. […] It is they who are pushing for the approval of additional pipeline projects, pushing for the expansion of oil sands, which threaten our drinking water, “he said.
Activists want to stay on as long as possible places, “ideally all day,” said Mr. Bonin.

The organization accused the Trudeau government had “dropped the protection of climate and water” by approving pipeline projects Trans Mountain Pipeline and 3, which will export more Alberta oil.
More locally, the activists also denounced the reversal of the flow of oil in the pipeline Enbridge 9B, which now carries the black gold from Sarnia, Ontario to Montreal. “Circulate bitumen in the old pipeline Line 9b threatens the drinking water of nearly two million people in the Montreal region. This pipeline should not have been authorized without the consent of First Nations and communities that live along its route, “denounced Greenpeace.
Since its reversal in 2015, 9B pipeline had to be repaired in more than sixty times, leading some experts to doubt his condition.