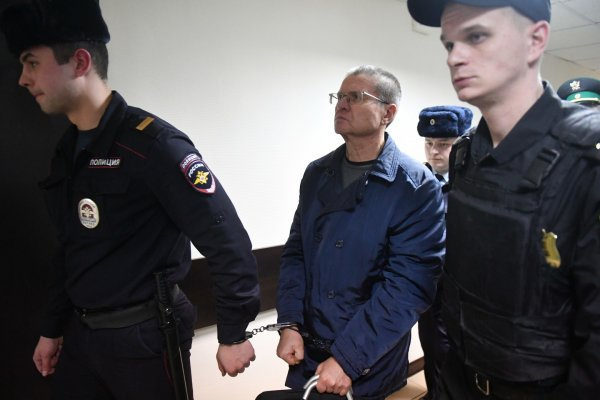 Sentenced to eight years in a strict regime colony, the ex-Minister of economic development Alexei Ulyukayev said that never ceases to hope that he would be acquitted in the case of receiving a bribe in the amount of $ 2 million for the issuance of Rosneft on the results a positive assessment on the transaction. A former official is sure that his sentence is “unfair”.

At the same time, he stated that he understood the verdict, responding to a question received from the judges.
While the convoy was cuffed him and escorted into the so-called court “the cage”, the speaker seized the opportunity to declare that the sentence is unjust.

Ex-defense Minister said that certainly will appeal to a guilty verdict.
As additional punishment, Ulyukayev also imposed a fine of 130 million rubles. In addition, Ulyukayev according to the sentence, will be prohibited to occupy positions in government and state corporations.