Unique tarantula-monster was saved from flooding in Australia : In the World : Vladim 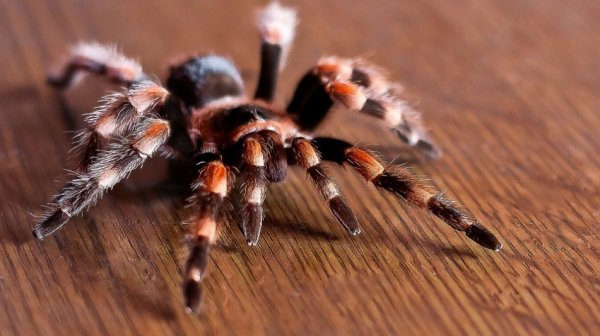 Recently in Australia the inhabitants of Northern Queensland was saved from the flood tarantula-monster that was a few centimeters from the water. Scientists were shocked by the size of the giant arthropod.

Expert the spiders from Minibeast Wildlife Alan Henderson reported on the recent Australia ordinary witnesses was rescued by the rare species of tarantula. Under the assumptions of the expert, the spider could expel out of the hole by his relatives, who feared flooding. It is worth noting that this breed of spiders is a protected species in Queensland.

Eyewitnesses said that the monstrous tarantula was making a whistling sound when he desperately clung to the branch of a tree to avoid raging flood. Alan Henderson found that saved the tarantula for about 10 years. Typically, these giants can live from 10 to 15 years.