Venus will be for earthlings new home 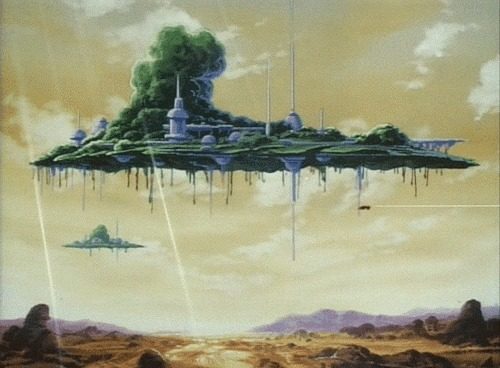 Venus will be for earthlings new home
For anybody not a secret that every year before the humanity gets more acute the problem of overpopulation.

When reported that the six billionth was born, the seven billionth inhabitant of the planet (after all, a billion, our numbers have only risen in 11 years!), I looked at uninhabited places, reports Rus.Media.

And if you master the North or the tropics threat seems like a useless idea, space romance is often beckons. Most often people pay attention to the immediate neighbors of the Earth – Mars and Venus. On the latter will be discussed.

Not only scientists, but science fiction writers have noticed similarities between Venus and Earth. If the gas giants (Jupiter, Saturn, Uranus) as potential home to take difficult, planets like Venus, can be populated. So, its size, gravity and even the composition very similar to earth. While prior to the start of space research on its surface, virtually nothing was known – the planet was constantly covered by clouds.

So he studied the planet with radar facilities, focusing on the reflection of radio waves from the surface. It is not surprising that up to 60, and often after, the picture in the books was very far from what we know now. For example, at Strugatsky in “the land of crimson clouds” on Venus there are liquid water, and plants, and even primitive animal world. However, the astronauts can be on the surface only in a spacesuit – the proximity of Venus to the Sun affects the elevated temperature, and the atmosphere is much different from earth.

The fact that Venus is “hot”, Strugatsky guessed, but missed the mark somewhere in the four hundred degrees. The average temperature of the planet is around 467 degrees Celsius, even hotter than on the nearest to the Sun the planet mercury. There is no water there, and if humanity is to move, you have to use a comet or asteroid to its delivery. However, you can try to synthesize liquid – for example, from atmospheric hydrogen and carbon dioxide.

When using bombardment by comets or water-ammonia asteroids would require a huge amount of water – ten to the seventeenth degree tons! The most famous comet, Halley’s comet, it weighs about one hundred thousand times smaller, and if you try to lose to Venus icy asteroid the required size, its diameter is 600 kilometers. However, if such a gamble fails, then calculated the bombing can narrow a long day (117 earth days), the “untwisted” Venus around its axis. But for a significant acceleration, unfortunately, need an asteroid more than just to deliver water.

Among other projects to improve the Venusian conditions, the introduction into the environment of Venus living organisms. In 1961, the famous astrophysicist Carl Sagan propose to abandon the atmosphere of the organisms Chlorella, hoping that the algae will be actively proliferate, and the growth of their population, the atmosphere will be enriched with oxygen. This will help reduce the greenhouse effect, and, as a consequence, the temperature on the surface of the planet. Now these planets appear mainly genetically modified blue-green algae or fungal spores, because without genetically modified organisms on Venus to survive would be problematic.

But, unfortunately, no matter how promising it seemed not all of these projects until their implementation is very difficult. So it remains only to dream that someday humanity will be able to conquer this planet: at the same time and similar to our Earth, and very different from it.