Virginia filled up the leaflets from the ku Klux Klan : In the World : Vladim 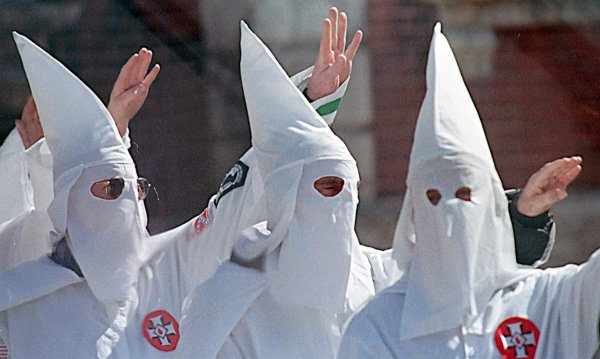 City Leesburg is located in Virginia, littered with leaflets from the ku Klux Klan. Publishing fliers could be timed to the anniversary of Martin Luther king, a well-known fighter for the rights of black people in the United States.

The New York Post informs about a large number of leaflets of the ku Klux Klan in the streets of the city of Leesburg in Virginia. Local residents are shocked that such a place in 2018.

The contents of leaflets distributed is not announced but there are indications that the distribution of these flyers is associated with the birthday of Martin Luther king played a great role in the struggle of black people in the United States for their rights and freedom.

Residents of Leesburg, located approximately two hours drive from the US capital city of Washington, say that previously received such leaflets, and repeatedly. The police are busy investigating the incident.

Media reported about the recent death of 93-year-old former leader of the ku Klux Klan Killena, sentenced to 60 years in prison in 2005 for the murder of three human rights defenders, people with dark skin.