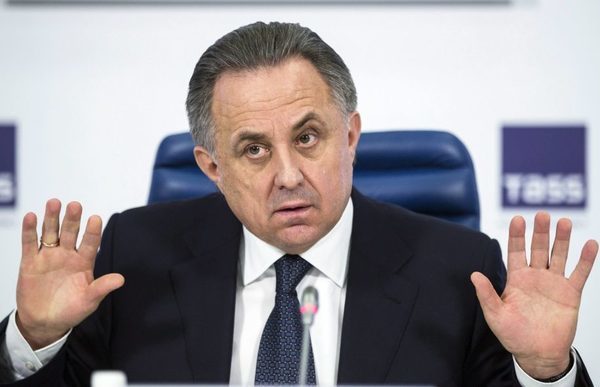 Photo: Pavel Golovkin Associated Press
“We believe that it is not a program supported by the State”, noted the deputy prime minister of russia, Vitaly Moutko.

Moscow — The deputy prime minister of russia, Vitaly Moutko, was once again rejected on Monday the idea of a doping system supported by the State as found by the investigation McLaren conducted by the world anti-doping Agency (WADA) in 2016, while accepting partially the work of this commission.

“We say again that we agree with the conclusions of professor McLaren about the activities of Rusada [the national anti-doping agency Russian]and laboratory work [anti-doping] of Moscow,” said the strong man sport Russian, in remarks reported by the Russian agency R-Sport.

“However, we believe that it is not a program supported by the State “, he added.

At the end of an executive committee, WADA has stressed on Sunday that “the anti-doping authorities in Russia should publicly accept the results of the investigation McLaren’, which revealed the inner workings of a “doping system State” put in place from 2011 to 2015, under the supervision of the Russian authorities and with the help of the secret services, in particular during the olympic Games 2014 in Sochi, Russia. It is one of the conditions imposed by the road map of WADA for that Rusada regains its accreditation by the world anti-doping agency.

Vitali Moutko, who was minister of Sports in Russia from 2008 to 2016, reiterated that there was no link between the authorities and the work of Rusada, referring again to the responsibility on the AMA.

“Rusada and the laboratory of Moscow were independent and were working according to the standards of WADA. Only the AMA has the means of control, ” he said.

The new director of Rusada, Yuri Ganous, has recently stated that, in his eyes, “the facts contained in the report, McLaren are serious enough “and that” one of the main tasks is to build Rusada as an independent organization, which does not suffer any pressure or influence on a government structure or in sport “.

The report McLaren, published in two parts in 2016, referred to a system governed by the State, under the supervision of the ministry of Sports and with the assistance of the secret service, the FSB. The report had particularly highlighted a unique method for the exchange of samples in bottles yet sealed during the winter olympic Games of Sochi in 2014.