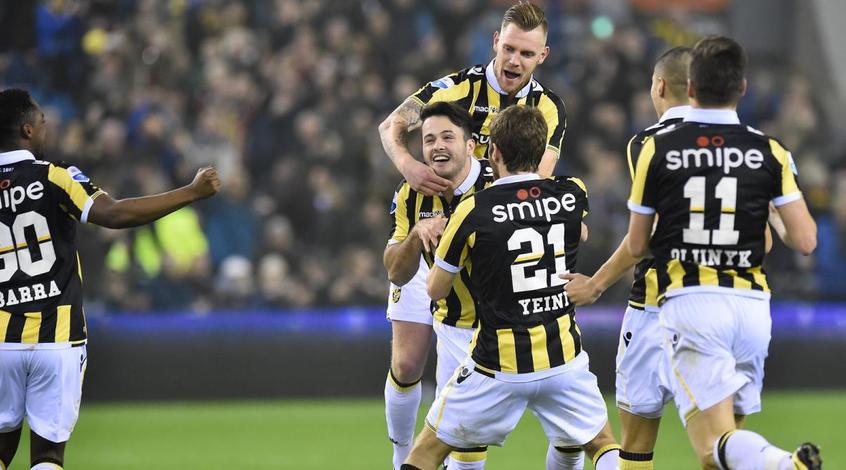 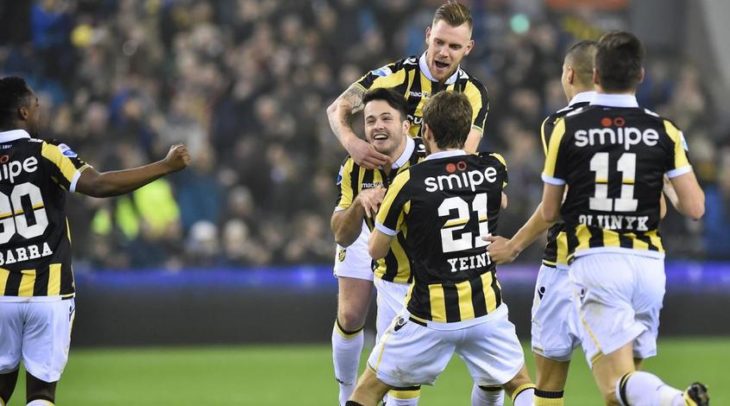 April 23, 2017 at 15:30, the championship of the Netherlands League Eredivizi will continue the duel 32 rounds, in which the stadium “Geldrom” local Vitesse will try to save points in the confrontation with Feyenoord.

Vitesse vs Feyenoord preview
For 3 rounds to the finish of the main part of the championship of the Netherlands, we can confidently state the progress of Vitesse, compared with the final result last year. So for 31 matches since the start of the championship Vitesse earned 48 points, which allows him to remain among the top five teams of the league. Despite the fact that Vitesse did not do without mistakes in home games, he meets with the leader with three straight victories, where Vitesses beat Sparta 5-0, Nijmegen 2-1 and Heerenveen 4-2.

Vitesse vs Feyenoord prediction
Feyenoord’s mistakes in the extreme tours, sparked the intrigue in the fight for the championship to the limit. Nevertheless, Feyenoord remains at the head of the standings, ahead of the nearest pursuer by only 1 point, and therefore any misfire puts the possible championship in jeopardy. In addition, Feyenoord recently won only two games against Den Haag and Heerenveen, while the defeat from Sparta and Ajax happened, and also drawed a draw with Zwolle.

The results of the last five matches between these teams, with a slight margin remain in favor of Feyenoord. In this season, clubs managed to play with each other twice. So the match of the first round of the championship ended in favor of Feyenoord 3: 1, but in the cup was stronger Vitesse. Vitesse had a good last three home games, but only one of them managed to keep the gate dry. Considering Feyenoord’s super motivation, I think that in this match, albeit with a great deal of risk, but still the guests will win. Bid: P2