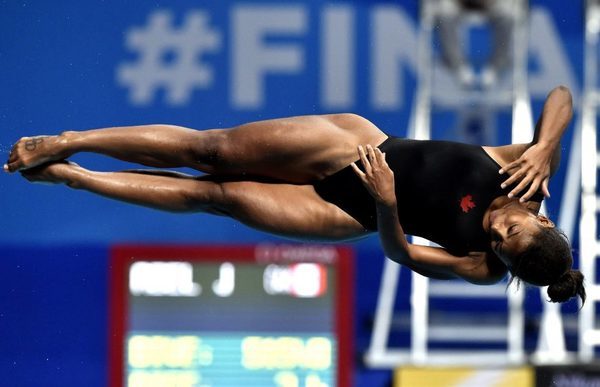 Budapest — divers, quebec Pamela Ware and Jennifer Abel have qualified without too much difficulty for the final of the women’s race at the three-metre springboard at the FINA world Championships on Thursday.

Ware, of Montreal, and Abel, from Laval, have finished respectively third and fourth in the semi-final.

Bronze medallist in the same discipline at the World championships of 2013 in Barcelona, Ware has collected 338,25 points for his jumps in the semi-final, after having taken the fifth position in the preliminary with 317,25 points.

For his part, Abel, bronze medallist at the World championships in 2011 in Shanghai, has finished just behind his fellow countryman with 337,60 points. Abel had concluded the preliminaries in third place with 335,00 points.

The final will be presented on Friday.

On the side of water polo, the team canada women signed a win of 16-6 against Brazil. Canada finishes in second place of group A with a record of 2-1.

Earlier in the day, France won the medal of the mixed relay 5 kilometers in open water.

Italy finished third, at 25.1 seconds of the France.

The format is a novelty to the World. Each team must have two swimmers, and two swimmers, who can swim in the order that they wish.

In synchronized swimming, the Russian Svetlana Kolesnichenko won her fourth gold medal of these world Championships by winning the race in free style in a duo with his partner, Alexandra Patskevich.

The pair got 97,0000 points from the judges. It is the fifth gold medal in six competitions in synchronized swimming for Russia.

The Canadian Claudia Halzner and Jacqueline Simoneau (89,000) have concluded in seventh place.