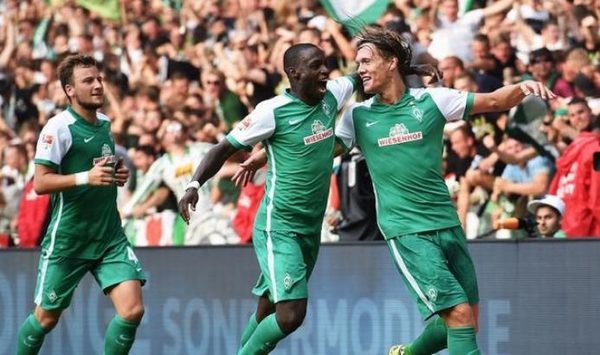 May 13 at 16:30 in Bremen at the stadium “Weserstadion”, Werder will take Hoffenheim in the match of the 33rd round of the German Bundesliga.

Werder vs Hoffenheim preview
Werder Bremen in the last round losing 3: 4 on the road Cologne broke his 11 match-winning unbeaten series, during which he won 9 wins and twice tied. The defeat of Bremen is easy to explain, the team has a lot of injured players, in the next meeting will not be able to play 5 players. After 32 rounds Werder Bremen with 45 points and goal difference 55-55, divides 7-8 place in the championship with Cologne. From the zone of European cups the team separates only 1 point, for two rounds before the finish of the season. At home, Werder played 16 games and scored 25 points, scoring 25 goals with 19 missed. The winning series of Werder Bremen has 5 matches with a total score of 12: 1.

Werder vs Hoffenheim prediction
Hoffenheim in the last round also lost 1: 2 on the outskirts of Borussia Dortmund and thus lost 3 ranks in the standings. After 32 rounds in the asset “village” 58 points with a goal difference of 59-34 and 4 place in the table. Nagelsmann’s team secured their participation in the Champions League for the next season, there was only a question in the group or in the qualification the team starts. On the road, Hoffenheim played 16 games in the Bundesliga and scored 20 points, scoring 24 and conceding 20 goals. True, in the last 5 guest fights the team was able to win only 1 time.

Hoffenheim defeated Werder for the last time on August 21, 2010. After that, the teams met 12 times, 6 times drawn and Werder celebrated 6 wins. Points are needed for both teams in the upcoming match, so the spectacle is guaranteed in this fight, but all the same, more than 4 goals in it will not be scored. The rate: TM4.