What are the laws of the Martian colonies – Rus.Media 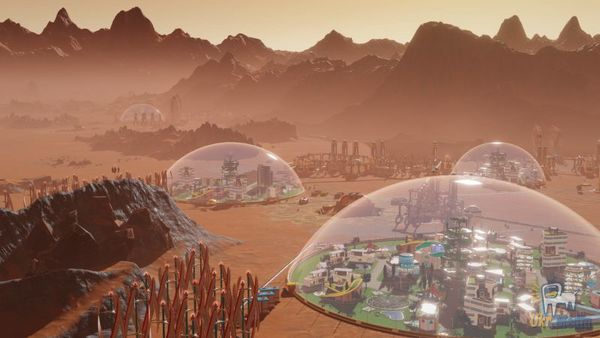 What are the laws of the Martian colonies
The passengers of the ship “Mayflower” which arrived to the shores of the New world in 1620, were the first settlers that founded a permanent colony in North America.

After almost 400 years Elon Musk will present the new “Mayflower” passengers which have to already establish a colony on the red planet, reports Rus.Media.

What are the laws for Mars is now?

From the moment earthlings “held” until the space, there is a need in the legal regulation of human activities in outer space. The basis of international space law was laid with the signing in January 1967 the Treaty on principles governing the activities of States in the exploration and use of outer space, including the moon and other celestial bodies”, for brevity referred to as “the space Treaty”. The basic corner stone of this document is the provision of article 2 of the Treaty: “Outer space, including the moon and other celestial bodies, is not subject to national assignment neither by claim of sovereignty, by means of use or occupation, or by any other means.”

This means that no state can isolate a piece of Mars, as, indeed, the moon, and to declare that now is the territory of his country.

On Mars as on the international water, neither state, nor private companies will not be able to claim their rights.

This, of course, does not say that Martian settlers would be disenfranchised and anyone can move from their territory, no. But it will probably be only a priority right to use land that you took the first. For the foregoing reasons, the colonists and companies kolonizirali Mars, should not fear the many “owners” of Martian sites.

With maps from the history books, we remember that when the earth was planted with flowers of the European colonial empires, the development of overseas colonies was engaged in most of the cases private companies. The British East India company, for example, carry out the colonization of India and Eastern countries. It is not surprising that the case of the colonization and exploration of space come from private companies such as SpaceX, Planetary Resources or Deep Space Industries.

The establishment of permanent settlements beyond Earth – a new Chapter in the history of mankind. We first encounter the fact that in addition to the crews of space ships, space travelers in the future there will be a third category of people going into space – the colonists-immigrants, who fly away for a long time, if not forever.

And despite the fact that the area of Mars will not belong to a country, the Martian colony will be outside the legal field. To expect that private companies will do on the red planet whatever you want, not worth it. As at sea the ship the law of the state under whose flag it sails, and the spacecraft will apply the laws of the country of registry of the space object. And even went out on the “beach” on the Martian surface, which does not belong to any state, these laws will have to comply with.

Some time ago BBC Future reported an interesting meeting held in one of the districts of South London. Event, bringing together three dozen people in a poorly-lit room on the outskirts of the British capital, was the international conference of extraterrestrial freedoms. And the second account. Gathered enthusiasts of space colonization Charles Cockell, Director of the British Centre for astrobiology and Professor at the University of Edinburgh. Among those present were lawyers, anthropologists, philosophers and researchers of the space scientists, who have teamed up for the creation of a management concept that does not exist yet in real life.

Charles Cokell concerned about the future of humanity far from Earth. Freedom played a very important role in the history of human civilization, he said. So he and his associates pondered the question: “How to secure human freedom in the harsh conditions of space?”

The indigenous Martians don’t have rights!

Carl Sagan, American astronomer, astrophysicist and prominent popularizer of science, is known for his messages to extraterrestrial intelligence, engraved on plates of “Pioneer” and “Voyager”, believed that if Mars had life, then it belongs to the Martians even if they are only microbes. But we can hardly abandon the colonization of Mars, if this is the only obstacle. Not we abandoned the exploration of America and Australia only because there are natives.

Will the people of the colonies to establish their own state on Mars and to publish his laws?

In the beginning of the article we accidentally turned to the events of four hundred years ago. In many ways, our ideas about the future are formed in the past. At the dawn of the space fantasy we have not yet had the experience of space exploration. But it was the experience of the era of great geographical discoveries. European, leaving almost every unknown shore, and found more or less acceptable conditions for existence and local residents. Provided a waiver of some of the benefits of civilization of that time on new open land it was quite possible to live and establish colonies, especially without worrying about support of communication with the metropolis.

But the colonization of Mars will be different. The people of the first colonies on Mars will not be able to live without constant communication with the planet-mother. Even if the production of food, building materials, electricity generation, and will be able to organize on the red planet, the electronics, sophisticated instruments, medicines and many other things without which life is impossible in space, have to bring from Earth. Play earth industry on Mars, to fully meet the needs of the settlements on the red planet, it will be impossible for a very long time. 3D printers, which have great hope, may not possess the capabilities to print everything you need.