Winter olympics: Beijing will have to make up for the lack of snow 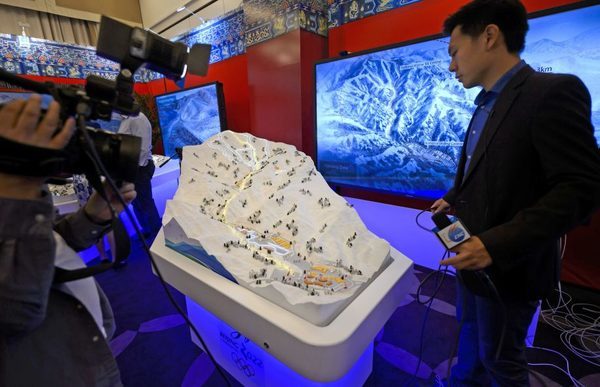 Photo: Fabrice Coffrini Agence France-Presse
The lack of mountains and natural snow in downtown Beijing, will force the cross-country events to be presented in Chongli, as well as in the district of Yanking.

Beijing, host city of the olympic winter Games of 2022, has a problem of snow. Despite the cold temperatures, it does almost no snow on the chinese capital.

Taking matters into their own hands, the organizing committee of the olympic games 2022 has formed a “team snow” and has invited experts from Finland, Canada and other nations to help find solutions, according to the official guide produced by the municipal government.

The work team will need to ” accelerate research on advanced technologies for the manufacture and keep the snow, in addition to putting forward a plan that will help ensure an adequate supply of snow “.

On Thursday, the deputy mayor of Beijing, Jiandong Zhang, said all the competition venues and all the transport networks of the olympic games will be completed by the end of 2019, which will help the chinese capital to hold test events as of next year.

“These projects are progressing smoothly and without encountering any problem whatsoever,” said Zhang at a meeting of the chinese communist Party.

Beijing was awarded the Games in 2015, ahead of Almaty, in Kazakhstan, in the election to become the first city to host the summer Games and winter. The centre of the city of Beijing will host the indoor testing such as hockey and speed skating, in the amphitheatres to the most used during the 2008 summer Games.

The lack of mountains and snow, natural force, however, the cross-country events to be presented in Chongli, as well as in the district of Yanking. These two poles will be connected to Beijing by high speed train.