Busy day for Trump, between tweets and Wall Street 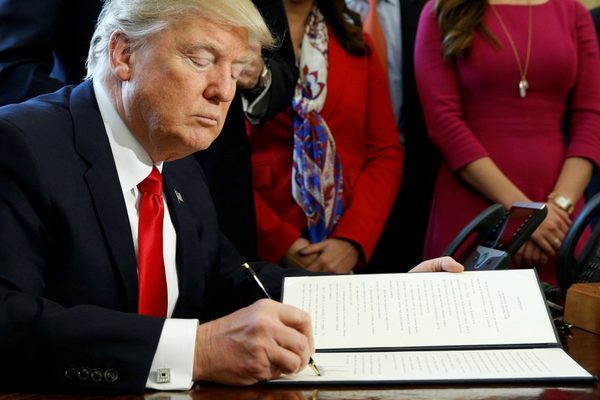 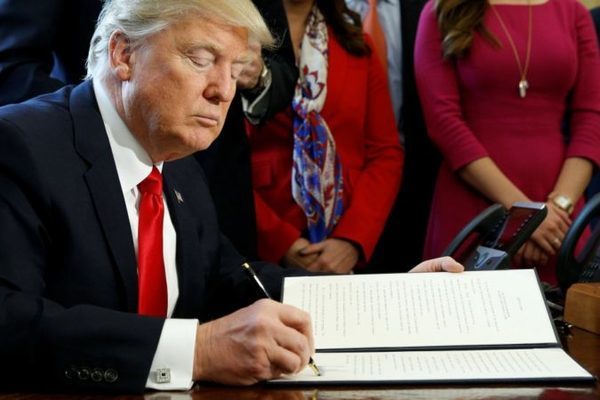 Donald Trump Friday took new sanctions against Iran, commented on the attack on the Louvre in Paris and began the deregulation of the financial sector before flying away for a weekend in his residence in Mar-a-Lago, Florida. Here are some highlights of his day:

Faithful to his habit, Donald Trump began his day with a salvo of tweets and warned once again Iran, which he accused of “playing with fire”.

“Iran is playing with fire – they do not realize how much President Obama was” nice “with them. Not me! “Wrote the billionaire on Twitter, a few days after a missile test that caused Washington’s anger.

Later in the day, his administration imposed new sanctions against 25 people and entities suspected of being involved in Iran’s ballistic program.

A France “on the cran”

The US president also commented on Twitter the attack of a military patrol at the entrance of the Louvre museum in Paris, believing that France was “back to crank.”

“Another radical Islamic terrorist has just attacked the Louvre museum in Paris. The tourists were placed in confinement. France is back on the edge. React US, “he tweeted.

The US president signed Friday two directives aimed at unraveling the financial regulation “Dodd-Frank” elaborated after the financial crisis of 2008. A measure greeted by the bankers of Wall Street.

These laws were put in place in 2010 by the Obama administration to prevent a new crisis and protect consumers from the excesses of the financial sector.

Approximately 60,000 visas for the United States were revoked in the wake of the US President’s migratory decree against nationals of seven Muslim countries, according to figures from the State Department.

“We must keep” evil “out of our country”, tweeted Donald Trump late in the day, in an apparent reference to this decree.

Donald Trump left Washington on Friday to join his luxurious Mar-a-Lago residence in Palm Beach, Florida, renamed by his advisors the “White House of Winter”.

The American president, accompanied by his close adviser Stephen Bannon, was welcomed at Palm Beach airport by his wife Melania, who spent the week in New York with their son Barron.

Fifty Democratic MPs wrote to Donald Trump on Friday to ask the US president for an explanation after naming his strategy advisor Stephen Bannon as a permanent member of the National Security Council.

Last weekend’s appointment of the former head of the extreme right-wing Breitbart news site to the CSN, a sort of “foreign ministry” within the White House itself, has resulted in a cascade of convictions, Notably because of his total lack of experience in diplomacy.

The parliamentary letter was sent after deposits of two Democratic bills Wednesday, one in the Senate and the other in the House of Representatives, aiming to oust the controversial Stephen Bannon, sometimes called “President Bannon “By the American media, of his new post.

The Chief of Staff and the US Director of Intelligence were responsible for the reorganization of the very influential cenacle that advises the President on national security issues and will no longer participate systematically in meetings of the NSA.

“National security should never be a victim of partisan politics,” deplored the House Democrats in this letter.

“We encourage you to reinstate the Director of Intelligence and the Chief of Staff of the Armed Forces as permanent members” of the National Security Council.

Parliamentarians also asked Donald Trump for a “written explanation of (his) decision to inject politics” within CSN, thus raising this former 63-year-old business banker to the rank of permanent member of the Board.