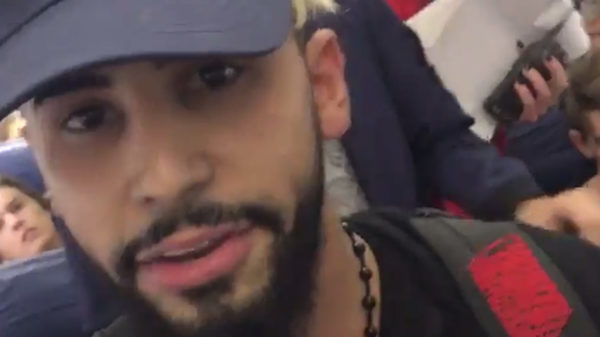 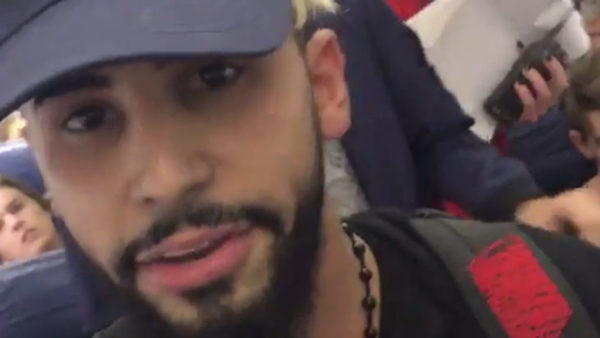 US YouTube star Adam Saleh said he was excluded from a Delta flight on Tuesday for speaking Arabic on the phone in the aircraft’s cabin. The US airline said it had opened an internal investigation.

Adam Saleh, a famous US Youtuber (1.6 million subscribers), was aboard a Delta airliner on Wednesday, December 21, accompanied by his friend Slim Albaher. The two Americans were asked to leave the plane for having spoken Arabic, says Youtubeur.

In a video shot in the air, the young man shared his pages on Twitter and Facebook , you can see the interview with members of the company. Other passengers greet him or say goodbye.

“We spoke another language on the plane and now we are being fired. We are in 2016. I do not believe my eyes!” Says Adam Saleh, smartphone in hand in selfie mode.

“I said a word and you say you feel embarrassed … Why do you do this? Just because I have spoken in another language,” Youtubeur said in the video.

In a statement , Delta confirmed it had expelled two passengers of this flight. “Two customers were disembarked from this flight and then registered [on another] after a cabin crash, 20 customers having expressed their discomfort,” the company writes. “We are currently conducting an investigation to understand what has happened. We take seriously the accusations of discrimination, our culture imposes to respect everyone with respect.

On social networks, in solidarity with Adam Saleh and Slim Albaher the hashtag #BoycottDelta appeared. But Internet users express doubts as to the authenticity of the testimony of Adam Saleh. The young man is indeed a regular of videos hoaxes turned in the planes on the theme of “Arabs”. “What Arabs are doing on airplanes”, “Speaking Arabic in an Airplane”, “Experience Counting Arabic in an Airplane”, etc. are as many videos found on his YouTube page .

In October, Delta Airlines had been pinned for discrimination after a stewardess had refused the help of a black doctor .