75 years ago, Pearl Harbor precipitated the US in the war 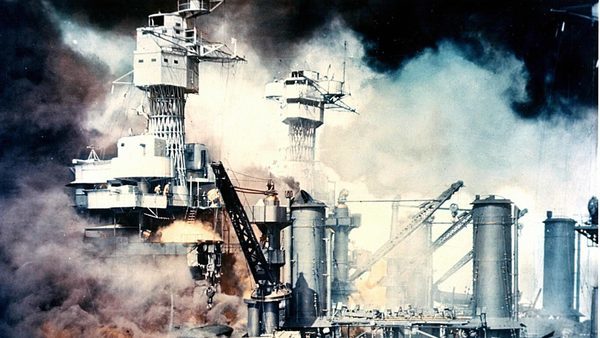 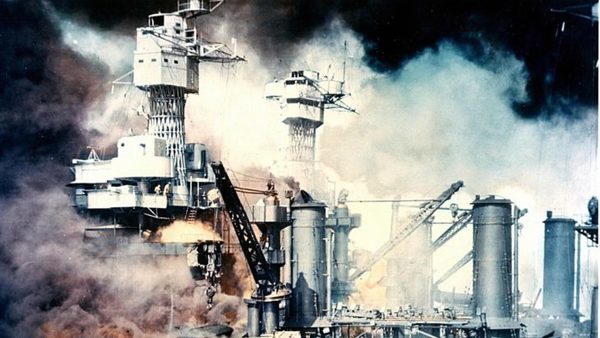 Paris – December 7, 1941, the surprise attack of the Japanese army on Pearl Harbor precipitated the entry of the US into World War II, marking a turning point in a conflict since become global.

Began in the late nineteenth century, Japanese expansionism is accelerating in 1931 with the invasion of Manchuria and vast Chinese territories. In 1940 the Japanese empire joined the Axis forces. In search of energy resources and raw materials, he continued his policy of conquest by invading French Indochina.

In an attempt to curb its expansion, the United States imposed economic sanctions on Japan in the summer of 1941. Faced with an isolationist majority population, the US government is reluctant to go to war, both on the European front in the Pacific. The attack on Pearl Harbor will change the situation.

Prepared in great secrecy, the Pearl Harbor attack is launched from six Japanese aircraft carriers and 400 aircraft positioned about 350 km from their target.

Their goal is to destroy the American fleet, including Pearl Harbor is the main base in the Pacific, to conquer Southeast Asia.

At dawn on Sunday, December 7, 1941, Japanese aircraft based by surprise on the small island of Oahu in the Hawaiian Islands.

A first wave, appeared in the sky at 7:55, followed by a second less than an hour later, killing 2,403 Americans and wounded more than 1,000 others. Twenty-one warships, including eight battleships were sunk or damaged, as well as 328 combat aircraft. The Japanese lost 64 men, 29 planes and five pocket submarines.

The Japanese offensive does not stop there. In less than 24 hours, the Japanese empire also attack the United States in the Philippines and the United Kingdom to Hong Kong, Singapore and Malaysia.

For the first time since 1812, the US attacked on their soil. President Roosevelt speaks of a ” day of infamy “.

– The USA entered the war –

Following the attack, the US Congress officially declared war on Japan, followed by the UK. Three days later, Germany declared war to turn the United States.

In late December, Churchill and Roosevelt decided to join forces against Nazi Germany, under a single command.

The United States are transforming their economy into a war economy. The navy was rebuilt and planes, guns, tanks and military transport means are mass produced. All men between 20 and 40 years are engaged.

Since June 1942, the United States halt the Japanese attack at Midway and Guadalcanal then, and undertake the reconquest of the Pacific islands one by one. End 1944, the Americans launched massive air attacks against Japan. A month after the atomic bombings of Hiroshima (6 August 1945) and Nagasaki (9 August 1945), Japan surrendered.

Alongside the peaceful front, the United States operate massive landings in North Africa, Sicily, southern Italy and France. The Nazi Reich surrendered May 7, 1945.