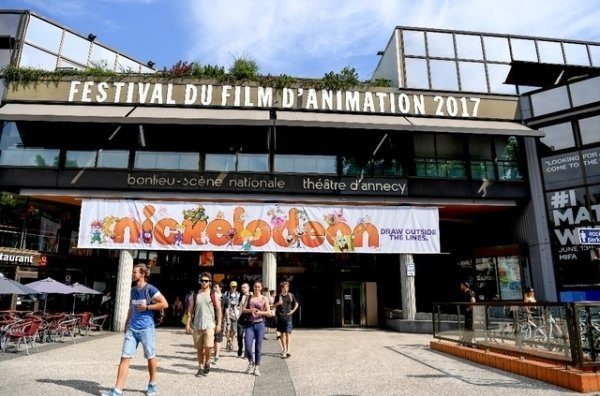 “Lou and the ole to sirunes”, ufo psychйdйlique of the Japanese Masaaki Yuasa, has dйcrochй Saturday evening the Crystal for best feature mйtrage at the 41st International Film Festival of animation of Annecy. This award confirms the suprйmatie of Japan during this excellent year 2017.

Leaning towards the expйrimental, the film contrast with the contours of the classics of the laurйat 2016, “My life as a Zucchini”, the Valais Claude Barras. It will be released on the йcrans franзais 31 aoыt.

A manga and Van Gogh

The jury emmenй by the cinйaste franзaise Cйline Sciamma has dйcernй its Price а “In a corner of the world”, an adaptation dйlicate a manga by Fumiyo Kouno by the rйalisateur japanese confirmй Sunao Katabuchi. This long mйtrage offers a contemplative gaze on the city of Hiroshima а through the portrait of Suzu, a young mariйe full of life happйe by the daily heurtй of the Second World War.

Finally, the public Prize is income to the sumptuous “Loving Vincent”, a polar animation retraзant the last days of Vincent Van Gogh. The film gives life а some 120 paintings and 800 letters of the artist in a swirl chart rйalisй а the follows the maotre.

The 41st Festival of Annecy has prйsentй this annйe a sйlection 250 movies connecting passй, prйsent and future of the cinйma animation, with a dip in the rйalitй virtual. Among them, eight films with the participation helvйtique, according to Swiss Films.

The festival was also awarded this annйe its Crystal of honor at the cinйaste swiss Georges Schwizgebel. The maotre geneva of the animation was йtй primй а Annecy in 1989 for “the Subject of The table”.