A suburban train derails in Brooklyn: a hundred light wounded 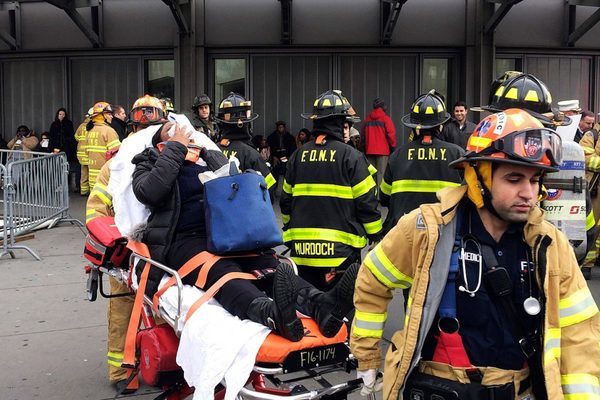 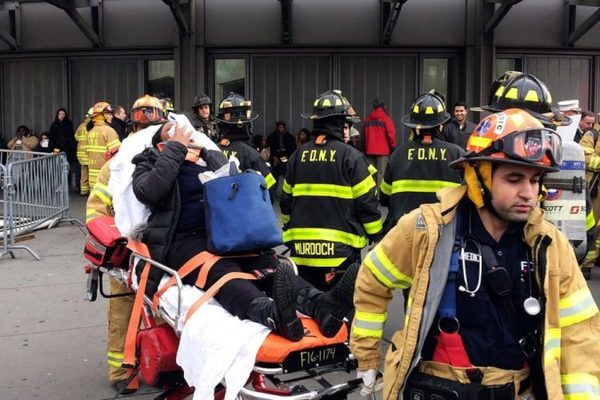 After a serious derailment in September, the New York area experienced Wednesday a new train crash at rush hour which caused more than 100 light casualties, according to firefighters.

The Long Island Rail Road (LIRR) suburban train crashed shortly before 8:30 am at the Atlantic Terminal Station in the heart of Brooklyn.

“103 injured people reported to the scene of the derailment of the train at the Atlantic Terminal, all without gravity,” tweeted the New York fire department after broadcasting several successive balances of 37 and then 76 lightly wounded.

A fire chief present at the scene said it was “a chance” that there were no serious injuries on the train, which carried between 500 and 700 people.

“The first two cars were seriously damaged,” “It could have been much worse,” he added.

Most of the injured were treated on the spot for bruising, but eleven had to be taken to the hospital, although “their condition is not serious,” said the official.

Andrew Cuomo, Governor of New York State, who made the renovation of transport infrastructure a priority, also seemed relieved.

“The most serious injury that has been heard at this stage is a broken leg,” he said after visiting the scene.

“We have seen worse,” he added, recalling the spectacular derailment at the end of September of a train in Hoboken, near New York, which had killed one and 114 wounded.

Several passengers interviewed by local television New York 1 reported that their trip had been uneventful and that they were about to get off the train when the shock occurred, precipitating dozens of passengers on the ground or against Walls.

“My LIRR train crashed at the Atlantic Terminal, it’s crazy, it seems there are only a few light casualties,” tweeted among the first Aaron Neufeld, adding photos showing one person at Floor and broken glass.

Another photo showed a row of seats moved across a wagon.

Still others showed a broken door. Initially presented as the door of a train car, it is actually the door of an office located near the track and which was smashed by the train, said the firefighters.

No information was given as to the possible causes of the accident.

New Brunswick transport manager Thomas Prendergast said it was time to investigate why the driver had not stopped the train before the bumpers.

Train accidents are not uncommon in the United States, where the railway system suffers chronically from under-investment. Investigations are often long before the precise cause can be determined.

The investigation into the Hoboken derailment, which also occurred one morning during the rush hour, is not yet over. It is only known at this stage that the train was traveling too fast when it arrived at the station.