An unusual discovery! Chinese scientists have found and identified the genes of the odor of lilies – Rus.Media 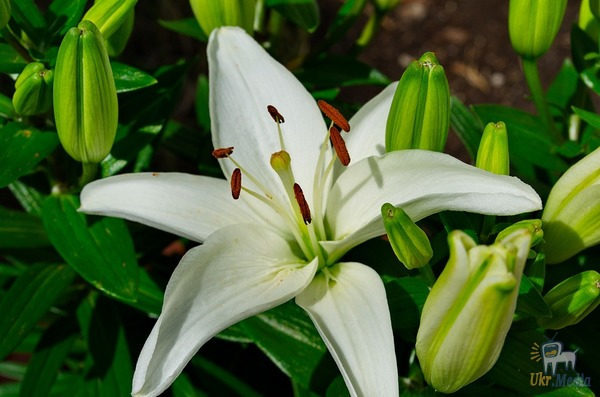 An unusual discovery! Chinese scientists have found and identified the genes of the odor of lilies
Chinese biologists during his recent experiment in the analysis of genome hybrid white lilies when she was in various stages of flowering.

This was to isolate the genes that give the flower scent and flavor. Scientists have identified several genes, fenilpropionata and fatty acids. All of these substances are responsible for the production of the Lily of the volatile components, passes Rus.Media.

The main function of all plants, which are able to flower is to attract pollinators to begin to multiply. However, the odours of many flowers are very popular among the people. One such plant is Lily, enzymes which are used in perfumery.

Now very little is known about the biosynthesis of volatile substances, which are responsible for the smell of lilies. Chinese scientists decided to analyze the genome of the Lily “Siberia”, which is the most popular and commercially available. The analysis was conducted during all four stages of flowering. For this, the researchers used gas chromatography-mass spectrometry.

Experts managed to sequence the RNA, which was obtained from the petals based on the analysis of groups of genes, which identified three responsible for flowering, smell and circadian rhythms. This was followed by another analysis that examined the scents of Lily, regardless of the stage of flowering.

Health Situations Where CBD Can Be Your Best Bet
5 February, 2020