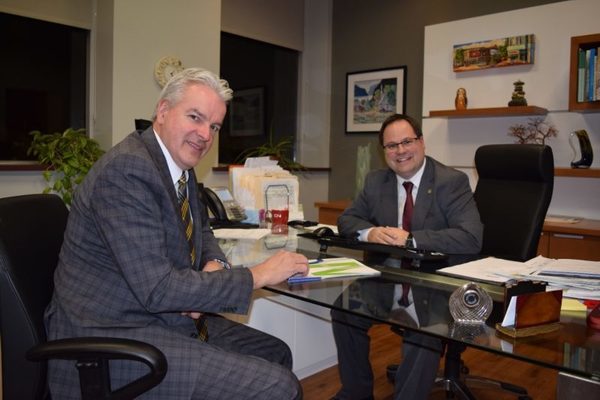 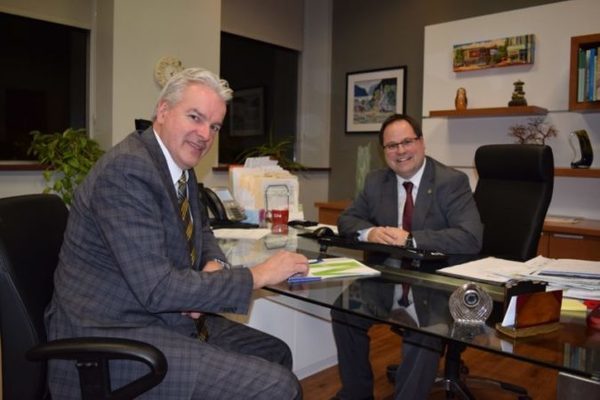 The official visit to Drummondville Bernard Sevigny, president UMQ, coincided with the more impromptu, sixty union CUPE entered the town hall and have left some stickers as a sign of protest Bill 110, now adopted by Quebec.

Publicity
Landed a bus from the Quebec City area, about 16 h 15, protesters, signs in hand and equipped with flutes shrill, creating an infernal noise, entered without asking permission of course, within the city ​​Hall, fostering a climate of panic. Unexpected visitors, however, remained on the ground floor where countless stickers were affixed and the walls and doors of the municipal offices.

After half an hour, the police, maybe ten, invited the union to come out, that they have agreed to do quietly, not aggressive.

The union has long denounced that Bill 110 will empower municipalities to enact employee working conditions blue-collar and white-collar workers in future negotiations.

Patrick Gloutney, President of the Provincial Council CUPE municipal sector, explained that this is the visit of Bernard Sévigny, president UMQ (and Mayor of Sherbrooke) that motivated their move. “The 110 bill was sanctioned and we came to greet Mr. Sévigny tell him we will not forget. Especially to say that Bill 110 is unnecessary and that it will ensure that labor relations will deteriorate in Quebec. We came here in Févrie r and Mr. Cusson (Mayor of Drummondville) told us that negotiations in Drummondville generally going well. Are all the mayors will use this law? No, but some mayors are going to use, we are convinced. But I want to say that we are not here for Mr. Cusson but Mr. Sévigny. Our intention is to be heard, it does not make the case, I want to reassure everyone. However, we will leave our cards before leaving, “said CUPE spokesperson (Canadian Union of Public Employees).

On the second floor…

On the second floor, in the office of the Mayor, Mr. Sévigny and Cusson, who welcomed the journalist of L’Express when the protesters returned to their bus, deplored these firmly intimidation. “It is not very surprising. The law has passed and yet it still shows an old union culture of intimidation is regrettable, “said the mayor of Sherbrooke, who pointed out that during its passage to Shawinigan recently, as part of this tour UMQ called “big”, it does not happen, not even in Sherbrooke. What made Cusson tell the mayor that “it is because it’s too far.” It was the 11 th stop Mr. Sévigny in this tour of the regions.

The Drummondville mayor who, like last time, will find his vehicle as a bulletin board full of stickers, said he made a complaint to the police. “We sent them the last bill and I know they do not pay. This is not taxpayers to pay that. But when I see that, it confirms that they have no respect for the public good. ”

As for Bill 110 (now the law 24), Bernard Sévigny reaffirmed UMQ requested. “The ability to pay of citizens is not a bottomless pit. We had to react. It is expected that it ends up in court. But we can not support a pay gap of 40% between municipal and provincial officials for comparable work. After 30 or 40 years of inequality, we must get back on track. ”

Following this commotion, the activities in the framework of this visit were normal, we assured the mayor Cusson early evening.