A new Michael Bloomberg campaign ad touts his ties with former President Barack Obama — but several former Obama aides have downplayed how closely they worked together.

Bloomberg’s multi-million dollar, 30-second spot highlights his past work with Obama on issues like gun safety, education and youth jobs, according to The Wall Street Journal.

The ad also includes an audio clip from Obama referring to Bloomberg as someone who can “bring people together to seek pragmatic solutions.”

Axelrod said his former boss and Bloomberg had a “working relationship,” but not much beyond that.

The ad, Alexrod said, “does speak to the power of Obama with Democrats. Everyone wants to have an ad like this.”

Tommy Vietor, a former Obama spokesman, tweeted that Bloomberg’s ads are suggestive of an Obama endorsement, when in fact the former president has yet to throw his weight behind a Democratic candidate.

“It’s jarring to see all these Bloomberg ads that suggest Obama has endorsed him, especially considering how … perfunctory his endorsement of Obama was back in 2012,” Vietor wrote.

Another Obama administration official told The Wall Street Journal that the ad exaggerates the personal relationship between Obama and Bloomberg. Bloomberg did not endorse Obama in 2008.

In 2012, he waited until days before the election to endorse Obama in an editorial that was critical of the former president’s first term.

“As president, he devoted little time and effort to developing and sustaining a coalition of centrists, which doomed hope for any real progress on illegal guns, immigration, tax reform, job creation and deficit reduction,” Bloomberg wrote.

“And, rather than uniting the country around a message of shared sacrifice, he engaged in partisan attacks and has embraced a divisive populist agenda focused more on redistributing income than creating it.” 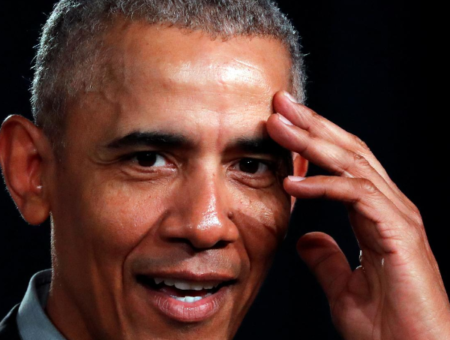