Canada was warned before trump strikes in Syria, says Trudeau 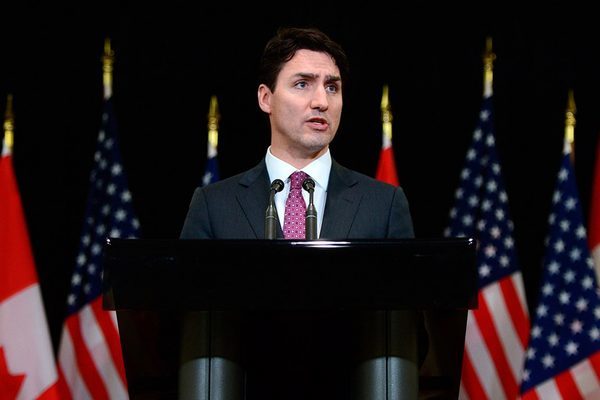 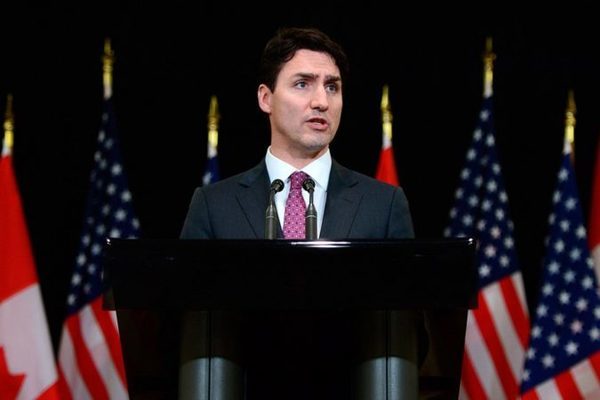 (Ottawa) The United States warned Canada one hour before the start of their military offensive against an air base in Syria, Prime Minister Justin Trudeau said in the House of Commons on Friday.

Mr. Trudeau also met this morning with US President Donald Trump about the Syrian conflict. During the meeting, the Prime Minister indicated that Canada fully supports this “limited and targeted intervention” by the United States to deter Bashar al-Assad’s regime from further chemical attacks on innocent civilians.

Trudeau also told the US president the importance of finding a diplomatic solution to the Syrian conflict, the Prime Minister said in response to questions from the Conservative Party and the NDP.

“We were informed about an hour before the US began military strikes against Syria. We certainly believe that the Assad regime must be held accountable for its actions against civilians, particularly the use of chemical weapons. Destroying the regime’s ability to carry out other attacks of this kind is in the interest of the entire international community, “Trudeau said in the House of Commons.

“In my conversation with the US president, we talked about the effectiveness of limited and accurate attacks on the Assad regime’s ability to carry out new chemical attacks against innocent civilians. At the same time, the importance of finding diplomatic solutions for the situation in Syria was reiterated. We believe that the long-term solution in Syria must go through diplomacy, “added the Prime Minister.

In a written statement issued earlier this morning, about 12 hours after the US strikes, Mr. Trudeau officially gave his support to the US intervention.

“Canada fully supports the limited and focused intervention that the United States has undertaken to undermine the Assad regime’s ability to perpetrate chemical weapons attacks against innocent civilians, including many children. The use of chemical weapons by President Assad and the crimes committed by the Syrian regime against his own people can not be ignored. We can not allow these horrific attacks to continue with impunity, “Trudeau said.

“This week’s attacks in southern Idlib and the suffering of the Syrians constitute a war crime and are unacceptable. Canada condemns any use of chemical weapons. Canada will continue to support diplomatic efforts to resolve the crisis in Syria, “the Prime Minister added.

The Conservative Party, for its part, declared that it “fully supports the efforts of the United States to prevent the military forces of Syria from launching further attacks on chemical weapons. ”

“The global community can not stand idly by while deadly neurotoxins are being dropped on innocent civilians,” said Conservative party leader Rona Ambrose in a press release.

“So far, Prime Minister Trudeau has taken very few concrete steps to hold the Syrian government, backed by Russia, responsible for its actions. Canada’s foreign policy must always be based on the principles of freedom, democracy, human rights and the rule of law. We must absolutely hold Bashar al-Assad responsible for his crimes against humanity and support our allies for this purpose, “she added.

Mr. Trudeau, who has made himself the apostle of multilateralism since taking office in 2015, was at UN headquarters yesterday in New York to meet with new Secretary General Antonio Guterres, who has been in office since January 1 . The meeting took place a few hours before the start of the US military offensive in Syria.

The Minister of International Relations, Christine St-Pierre, said on Friday morning that she endorsed the Canadian government’s support for her US ally.

In a telephone interview with La Presse canadienne, she said that the images of the chemical weapons attack of Bashar al-Assad’s regime against a rebel town “shocked the entire world”.

Quebec is joining the international community, which has voiced massive support for US reprisals.