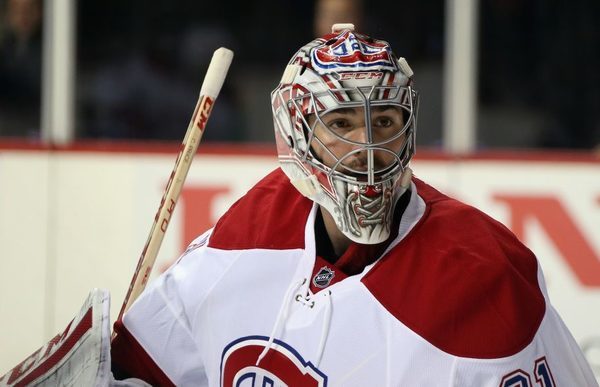 For many hockey fans from Quebec, Carey Price is the player of the franchise of the Montreal canadiens. It is also the view of Marc Bergevin, and it is the reason for which he was awarded a mirobolant contract eight years, worth a total of $84 million US on Sunday.

The agreement, which shall enter into force as of season 2018-2019, includes $ 70 million in bonuses for signature, according to various media sources. This type of contract is not unusual, according to the director general of the Canadian, and it allows you to pay Price as the super star he became.

“Since my arrival in 2012, Carey has demonstrated that he was an exceptional player, said Bergevin, while touting also the maturity he has gained over the years. If you look at the star players elsewhere, you realize they are paid at their fair value. “

Even though he has admitted that the new agreement of Price will make his task more difficult, Bergevin judge that it was the decision to make.

“This is not necessarily the fact that I have given this contract to a guard, he first explained. Which makes my task more difficult is the fact that it is a big amount. But it, it is part of my work. Carey is important for our organization and the city of Montreal. “

At the end of the regular season, Price had been optimistic about his future with the Canadian. And in the teleconference, the keeper of the Canadian said he was honoured to know that he could finish his career with the montreal-based organization.

“There is no better place to play hockey and I can’t see it evolving with another team. [The Canadian], this is just what I have experienced and I hope that this is all that I know “, he mentioned.

Price seemed touched to know that Bergevin saw it as the player’s franchise in Canada.

“It’s flattering, there’s no doubt about it. I know that Marc is able to make good decisions of hockey and assemble a good team in front of me. And I believe that he has confidence in my performance. I’m flattered that he expresses himself to you and to the fans and it gives Me a lot of confidence. “

The instructor of the keepers of Canada, Stéphane Waite, was also very proud of this contract extension, for the team and for his famous student. And he has no concern because of the duration of the contract which, once run, will lead to Price at the age of 38 years.

“What impresses me in Carey, it is about how much he did pay attention to him outside of the ice. He is very disciplined. The way he eats, his rest, his treatments, his stretches before games and his conditioning off the ice. It shows a lot of maturity at this level, ” added Waite.

29-year-old, Price has completed his 10th campaign with the Canadian 2016-2017. In 62 games, the guardian of six feet three inches and 226 pounds, has presented a record of 37 wins, 20 defeats and five setbacks in extra time. Price has registered three games with white, while maintaining an average goals allowed of 2.23 and an efficiency rate of, 923.

In 2014-2015, Price has established a new team record for a goalkeeper, earning 44 victories. These performances have enabled him to win the trophies (Hart, Vezina, Ted Lindsay and Jennings.

On the international scene, Price has been awarded the gold medal with Canada at the world junior Championships in 2007, the winter olympic Games of 2014, as well as the World Cup of hockey last September. Price has also helped the Bulldogs of Hamilton, in the american League, to put the hand on the cup Calder in 2007.

“I had a lot of ups and downs here and I think I have acquired enough experience over these ten years to tackle each of the situations to which I am facing. Sometimes, it is difficult, but when you experience success in Montreal, there is no more pleasant place in which to play hockey in the national hockey League. There is nothing that can compare to it, ” said Price.