Death of Kim Jong-Nam: a suspect says he received 90 dollars 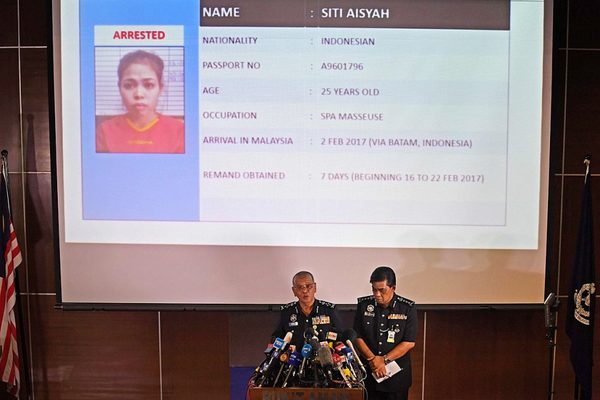 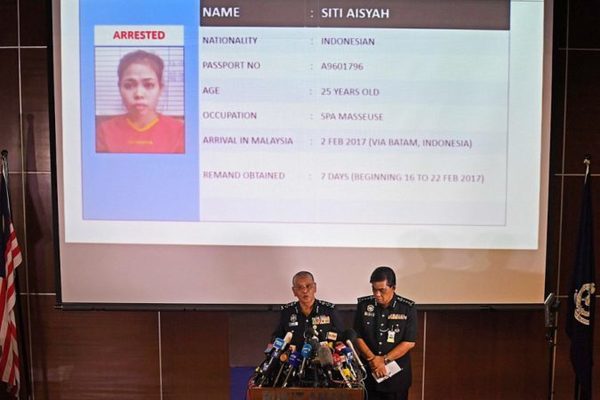 One of the suspects in the assassination of the half-brother of the leader of North Korea told Saturday that he received the equivalent of 90 dollars to take part in what she thought was a television program type hidden camera, according to A top diplomat quoted by the media.

Siti Aisyah, who was arrested shortly after Kim Jong-Nam’s assassination on February 13 with a very powerful neurotoxic agent, added that she believed the liquid in question was a kind of “baby oil,” said The Indonesian Deputy Ambassador to Malaysia, Andreano Erwin, who met the young woman on Saturday.

Images of video surveillance of the attack at Kuala Lumpur airport show Kim Jong-Nam approached by two women who apparently have projected something in his face. This corpulent 45-year-old man succumbed during his transfer to the hospital.

Malaysian investigators said on Friday that the poison used was VX, a more lethal version of sarin gas.

Siti Aisyah, 25, “only said someone had asked him to do it,” according to Erwin.

Another woman, Doan Thi Huong, 28, was also arrested after the killing, but according to the diplomat, the Indonesian assured she did not know.

According to the Malaysian police, one of these two women became ill during his detention, with vomiting.

The Malaysian authorities said on Saturday that the airport would be thoroughly cleaned to remove any possible trace of the VX poison.

Special teams will ensure that there is no trace of this painless, odorless and highly toxic poison, as well as in places frequented before the attack by both women.

The Malaysian authorities are working with experts to “be able to make clear to the public” whether there remains in the airport – which has remained open since the attack – VX particles “that could affect the health of those who have passed through it” Said the chief of police, Abdul Samah Mat.

He also confirmed that investigators had visited an apartment in Kuala Lumpur, but refused to comment on reports from some media that chemical weapons had been seized.

VX attacks the nervous and muscular system and can cause death within minutes.

Since the beginning of this spy novel, South Korea has pointed the finger at its northern neighbor, citing a “standing order” from leader Kim Jong-Un to eliminate his half-brother Kim Jong-Nam, The most closed regime in the world.