Explosion in the largest US base in Afghanistan: 4 dead 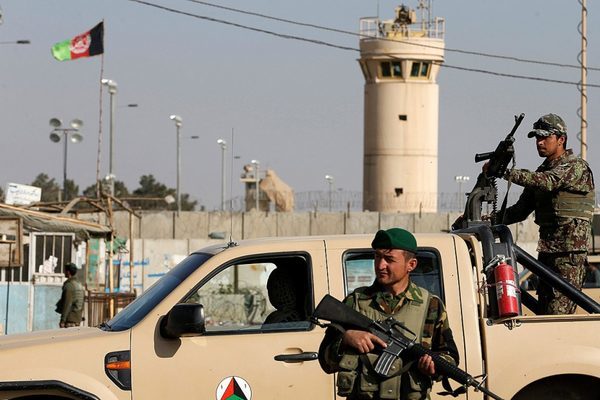 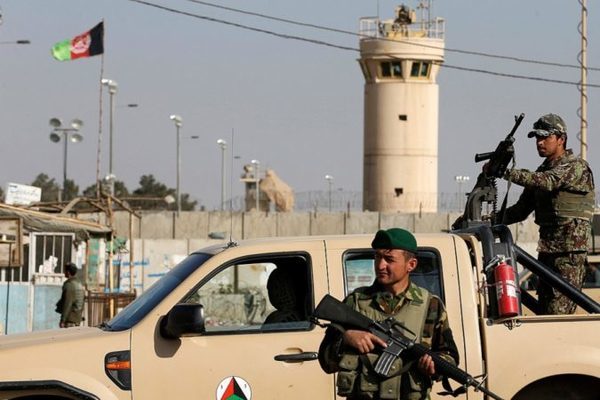 At least four people were killed at dawn Saturday in an attack claimed by Taliban insurgents against the largest US military base in Afghanistan near Kabul, said NATO.

The attack happened in Bagram comes as the Taliban intensified their attacks throughout the country before the arrival of winter, which is usually during a lull in the fighting.

“A bomb exploded on the Bagram air base […] four people died in the attack and 14 were wounded,” said NATO in a statement, without specifying the nationalities of the victims. “We treat the wounded and opened an investigation.”

Zabihullah Mujahid, the Taliban spokesman, claimed responsibility conducted in the database yet very secure and has made “a lot of casualties in the ranks of US invader” Saturday shortly after 5: 30 pm (20 pm Friday EST ).

Waheed Sediqi, spokesman for the governorate of Parwan province, where Bagram is located, said a suicide bomber blew himself up near a dining hall inside the base.

“We do not know the identity of the victims, but the attacker was one of the Afghan employees of place,” he told AFP.

The attack highlights the deteriorating security situation, almost two years after the formal end of NATO combat operations in Afghanistan, while Afghan forces are struggling to face Taliban Islamist insurgents.

Since the withdrawal of the majority of the western end of 2014 forces Operation Resolute Support 12 000 men, nearly 10,000 Americans. Under US command, they are responsible to train, advise and assist their Afghan peers and support them in their fight against the Taliban and the Islamic State group found mainly in the east.

According to the governor Bagram district Abdul Shakoor Quddusi, the explosion was powerful and shook the region.

Gen. John Nicholson, commander of NATO’s operation in Afghanistan, sent his “deepest condolences” to the families of the victims.

Thursday night, at least six people were killed and over a hundred others injured in an attack claimed by the Taliban against the German consulate in Mazar-i-Sharif in northern Afghanistan, “in retaliation” to the death civilians in a NATO bombing last week.

The Bagram base, located about fifty kilometers from Kabul, was regularly attacked by the Taliban.

In December, a Taliban suicide bomber perched on a motorcycle blew himself up near the base, killing six US soldiers. This had been one of the deadliest attacks against foreign troops in Afghanistan in 2015.

The intensification of these attacks comes just days after the US presidential election.

Afghanistan has barely been mentioned in the campaign for the election, even if it is a urgent issues that the new president will have to tackle.

For if the vast military intervention launched after the attacks of 11 September 2001 the US officially completed in late 2014, Barack Obama, elected in 2008 on a promise to end the wars in Iraq and Afghanistan, was forced to adjust repeatedly the troop withdrawal timetable.