Game of Thrones, Suits, The Fosters: The program of the week 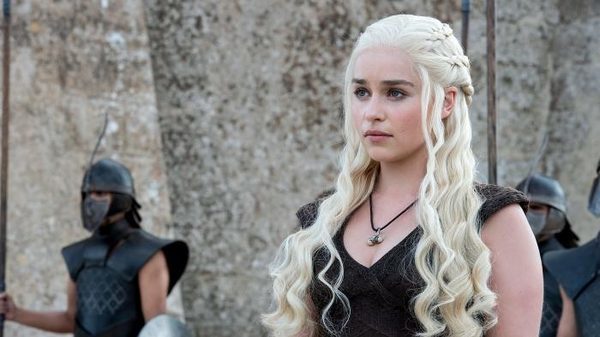 It’s Monday, and that says Monday, says a new week of playoffs that begins! As usual, the editor of melty offers you to discover his program of the week.

That’s it, after more than a year of waiting it’s finally the week when Game of Thrones is back with the launch of its seventh season. Certainly it will still have to wait until the end of the week, but that are a few days after all these months of impatience! Monday: We start the week with new episodes of Shadowhunters’ season 2 and Stitchers season 3. Daytime Divas, Fearless and Preacher will also be loyal to the post, while TNT will begin broadcasting Will, a fictional series about the life of William Shakespeare in the 1920s. For the occasion there will be two episodes. Tuesday: After several months of waiting, Freeform will begin broadcasting season 5 of The Fosters. The channel will also feature a new episode of The Bold Type. Animal Kingdom, Casual and Wrecked will also be broadcast.

Wednesday: After The Fosters, it’s up to Suits to make his big comeback for the summer. USA Network is going to propose this Wednesday the first episode of season 7. And know that right now, in France, Series Club is broadcasting season 6 of Suits on Saturday night. Meanwhile, CBS will begin broadcasting his new suspense series, Salvation and the comedy I’m Sorry will debut on truTV with two episodes. Finally, there will be new episodes of Blood Drive, Kingdom, Snowfall, The Carmichael Show and Younger. Thursday: You will have an appointment with Nashville, Queen of the South, The Mist, The Night Shift and Zoo.

Friday: A little news is coming to Netflix, a comedy entitled Friends from College. The series will feature 8 episodes of about 30 minutes, including Cobie Smulders, Keegan-Michael Key and many more. Otherwise, USA Network will offer the last two episodes of Season 3 of Playing House. Finally, Dark Matter, Killjoys and Wynonna Earp will be broadcast on Syfy. Saturday: Doubt and Still Star-Crossed will be offered by CBS and ABC, while there will be Orphan Black and Turn: Washington’s Spies respectively on BBC America and AMC. Sunday: And we will celebrate the end of the week with the season premiere of season 7 of Game of Thrones. Meanwhile, FX will begin broadcasting season 4 of The Strain, while there will be new episodes of Claws, Power and Twin Peaks.