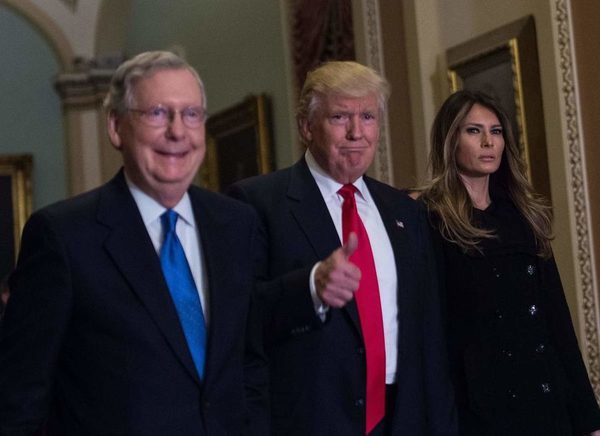 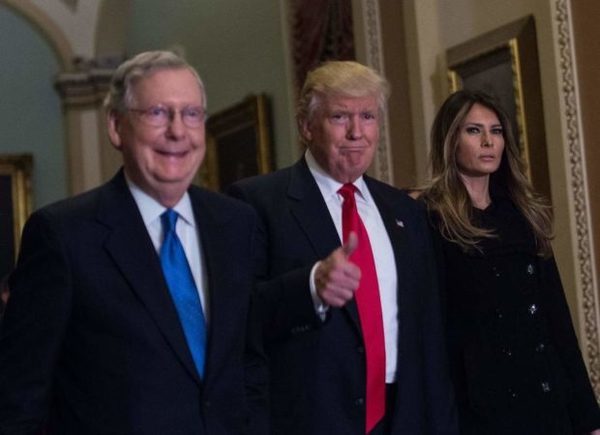 The next US president Donald Trump met Thursday at the Capitol in Washington, Republican congressional leaders to plan the beginning of his term, with priorities like health, immigration and employment.
“We have much to do. We will work very hard on immigration, health, and we believe to employment, especially in jobs, “he told reporters after meeting separately Paul Ryan, chairman of the House of Representatives, and Mitch McConnell, majority leader of the Senate.
Donald Trump was accompanied by his wife Melania and its future vice president, Mike Pence, a former elected Congress. The Republican ticket had previously lunched near the Capitol with Paul Ryan. Thursday morning, Donald Trump met Barack Obama at the White House.
The billionaire could take the opportunity to go on the balcony of the “Speaker” on Capitol Hill to find out where he will be sworn in on January 20, one of the best views of the US capital, where one sees the new hotel Donald Trump, in the Old Post Office building.
“Donald Trump has got one of the best victories that we have ever seen, and we will transform this victory into progress for Americans,” said Paul Ryan.

“We will do spectacular things for Americans, can not wait to start. Frankly, as soon as possible, “said Donald Trump. “Whether health, immigration and many other things. We will lower taxes, we will make the cheapest health. We’ll do a real job on health. ”
But he has not answered a question on the implementation of the ban on entering the territory against Muslims, a promise made in December 2015 by the Republican candidate, but he has more then repeated .
One of the obvious points of agreement between the Republican leaders and the 45th US president promised to repeal health reform dubbed “Obamacare” adopted in 2010. The Republicans have tried repeatedly to repeal it, but don ‘ there are never reached, especially because the president has a veto.
“He is anxious to begin soon, and we also,” said Senator McConnell.
The Congress elected Tuesday will take office in January, two and a half weeks before Donald Trump.