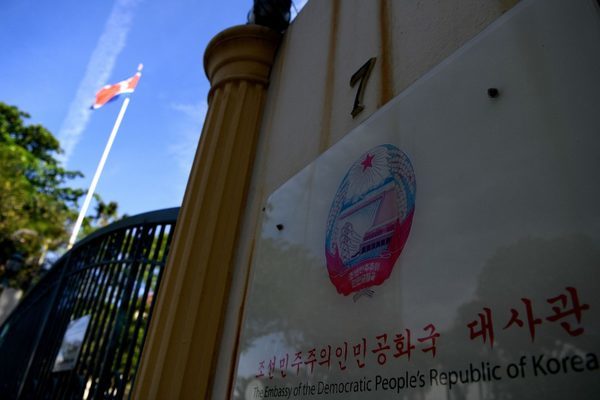 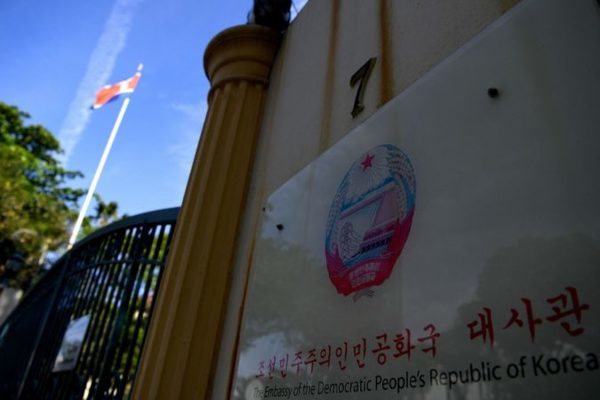 Malaysian police said on Saturday the arrest of a North Korean in connection with the investigation into the murder of the half brother of North Korean leader Kim Jong-Un, who was murdered Monday in mysterious circumstances.

The man arrested Friday night was in possession of documents provided to foreign workers who allowed him to identify him as Ri Jong Chol, a 46-year-old North Korean, said the police in a statement.

This arrest brings the number of people detained in this case to four.

Malaysian lawyers are trying to elucidate the spectacular homicide of Kim Jong-Nam perpetrated Monday, imputed by Seoul to agents working for North Korea.

These experts carried out analyzes of samples of the deceased on Friday to determine the toxic substance that apparently was sprayed on his face as he was preparing to fly to Kuala Lumpur airport.

In the evening, the North Korean ambassador to Malaysia rose to the niche in a statement to the press made in front of the morgue.

Kang Chol said his country would reject the results of the autopsy because “Malaysia has imposed it, without our authorization and without our participation.” He added that he had “firmly” demanded the restitution of the body to the Malaysian police chief but that the latter had refused.

Kuala Lumpur warned that the body would not be handed over to Pyongyang until the proceedings were completed.

“So far, no family member or close family has come to identify or claim the body. We need DNA samples from a family member to establish the profile of the deceased, “said Abdul Samah Mat, Chief of Police of Selangor State, airport.

“North Korea has made a request for the return of the body, but before handing it over, we need to identify the body,” he added.

“They are engaged with forces that are hostile to us,” replied the North Korean embassy, ​​insinuating that it would be an attempt by South Korea to harm its northern neighbor.

The police questioned two suspects, one with a Vietnamese passport, the other with an Indonesian passport, and a Malaysian boyfriend.

Kim Jong-Nam, 45, was attacked Monday by two women who reportedly threw a liquid in his face at the airport, where he was scheduled to embark for Macau.

The man then complained of headaches and yelled in pain before succumbing during his transfer to the hospital.

South Korea pointed to its northern neighbor, citing a “standing order” from dictator Kim Jong-Un to eliminate his half-brother, and a failed assassination attempt in 2012 after Kim Jong-Nam had criticized The most closed regime in the world.

AFP correspondents in Pyongyang found that Thursday’s celebrations for the anniversary of the birth of Kim Jong-Il, the deceased father of the two Kims, had taken place without any reference to the assassination.

Malaysian police arrested a 28-year-old woman with a Vietnamese passport under the identity of Doan Thi Huong on Wednesday. According to local media, this suspect was seen on video-surveillance images.

Investigators then arrested Muhammad Farid Bin Jalaluddin, a 26-year-old Malaysian. This allowed the police to apprehend his girlfriend, Siti Aishah, a 25-year-old Indonesian.

According to Tito Karnavian, Indonesian police chief, unknown persons allegedly led the young woman to believe that she was participating in a “hidden camera” television game aimed at sprinkling the victim’s face Liquid harmless.

“She did not realize it was an assassination attempt,” Karnavian told Indonesian media.

Kim Jong-Nam, a time presumed to be the heir to the regime, fell out of favor after being arrested in 2001 at the Tokyo airport with a falsified passport from the Dominican Republic.

Kim Jong-Nam then lived in exile with his family in Macao, Singapore or China.

According to Japanese journalist Yoji Gomi who wrote a book, Kim wanted to introduce “reforms and liberalization measures like China did”.

The announcements of purges, executions and disappearances – some confirmed, some not – have been frequent since the arrival of Kim Jong-Un at the end of 2011.