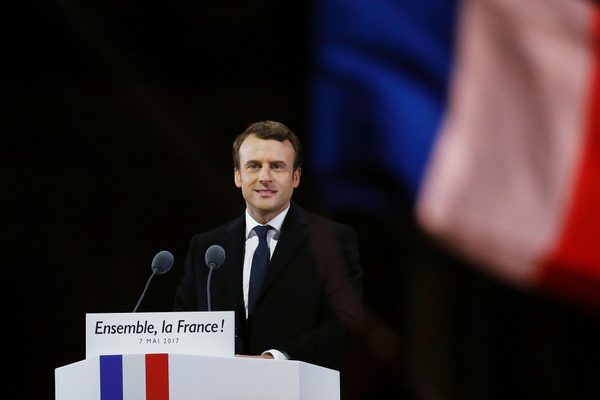 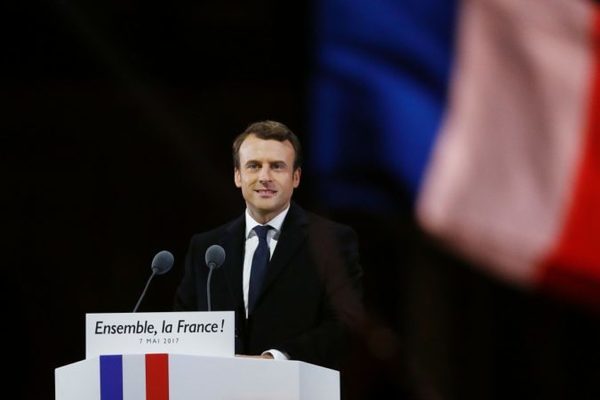 After his large presidential victory, marked by a historic score of the extreme right, the young pro-European centrist Emmanuel Macron, who is to start Monday to the composition of his future government, acknowledged not having received “A blank-seing” of the French people.

“I will fight with all my strength against the divisions that undermine us,” promised the 39-year-old who will become the youngest president in the history of France after winning 66.06% of the votes against the patroness Of the far right Marine Le Pen (33.94%), according to quasi-final results of the Interior Ministry Monday morning.

In front of thousands of supporters gathered in the courtyard of the Louvre in Paris, and with his wife Brigitte tearful, this newcomer in politics said he heard the “anger” of those who voted Front National.

If his election is “a great relief for Europe”, the New York Times writes in a New York Times editorial, “the new French president takes the lead of a deeply divided nation, as do the United States, Great Britain and Other major democracies “. And the score of Mrs. Le Pen proves for the American daily newspaper the importance of “the despair of those who are called the forgotten ” (in French in the text).

At six weeks of the second round of legislative elections (June 11 and 18), the former Minister of the Economy (2014-2016) of outgoing Socialist President François Hollande called on voters to give him to speak “a true majority, Strong, change “.

Disqualified at the end of the first round – a first in post-war political history – the two main left-wing (Socialist Party) and right-wing (Republican) parties began to march in order Take their revenge.

Jean-Luc Mélenchon (19.58% of the votes in the first round), also called on the French to “federate” for the legislative elections to oppose the “new presidential monarch” .

The rival, who has been aggressively campaigning against immigration, the euro, globalization and the European Union, was deeply beaten, but welcomed the “historic and massive” result of his party.

The one who presented herself as “the candidate of the people” bet on the same wave that brought Donald Trump to the White House and led Britain to vote for the exit of the European Union, but she did not Not succeeded his bet.

The victory of Emmanuel Macron was hailed by several European leaders, worried about the push of the nationalists in Europe, including German Chancellor Angela Merkel, Britain’s Theresa May or European Commission President Jean-Claude Juncker.

American President Donald Trump also addressed him on Twitter his congratulations “for his great victory today”.

The epilogue of a campaign marked by multiple twists and turns, the election of one who defined himself as “progressive”, “right and left”, was greeted by horns on the Champs-Elysées, but also by Booers of Marine Le Pen’s sympathizers.

Paris, the chic and cosmopolitan French capital, voted Macron almost 90%, like a ballot that revealed profound fractures between winners and losers of globalization.

Between abstention (25.38%) and white and null votes (just over 4 million), more than one Frenchman in three actually refused to choose Sunday between Emmanuel Macron and Marine Le Pen, a record level .

Mr. Macron will now have to find a majority to govern and implement his program: extensive reform of labor law, reduction of public expenditure, strengthening of the Franco-German couple.

Marine Le Pen promised “a major political recomposition around the cleavage between patriots and globalists”.

The young centrist had embarked on the presidential campaign with his movement “En marche!”, Created just a year ago on the theme of political renewal, with a pro-European line and a liberal program, both in economics and On issues of society. His credo: “An open France in a Europe that protects”.

Former banker, Macron had resigned in August 2016 from the Socialist government to run for the supreme election.

He became the youngest president of the history of France, before Louis-Napoleon Bonaparte (40 in 1848), and he was also one of the youngest heads of state in the world.

He obtained a five-year term as head of one of the world’s major nuclear weapon states, a permanent member of the UN Security Council and the engine of the European Union.

The victory of this son of doctors in the physics of young first, blue eyes and cut wise, resulting from the schools of the French elite, closes an election campaign rich in theater, under the sign of business.

Mr. Macron will meet on Monday the outgoing socialist president François Hollande to commemorate the German capitulation of 8 May 1945. The handover is scheduled no later than Sunday.

Mr. Macron will meet on Monday the outgoing socialist president François Hollande to commemorate the German capitulation of 8 May 1945. The handover is scheduled no later than Sunday.

The world reacts to the victory of Emmanuel Macron
European Union :

The French have chosen a “European future”, welcomed the President of the European Commission Jean-Claude Juncker.

“We are counting on a France in the heart of Europe to change the Union together and bring it closer to the citizens,” said European Parliament President Antonio Tajani, congratulating Emmanuel Macron.

“Congratulations to Emmanuel Macron for his victory today as the next president of France,” US President Donald Trump wrote on Twitter. “I’m looking forward to working with him!”

Hillary Clinton, Mr. Trump’s opponent in the presidential election, spoke on Twitter of a “victory for Macron, for France, the EU and the world. Fail those who interfere in democracy (but the media say I can not talk about it). ” The last sentence is an allusion to the criticisms made after she accused Russia of stealing the election.

Macron’s victory is “a victory for a strong and united Europe and for Franco-German friendship,” said Steffen Seibert, spokesman for Chancellor Angela Merkel, who then met with Mr. Macron.

The head of the German diplomacy Sigmar Gabriel ruled that by this vote France remained “at the heart of Europe”.

Its head of diplomacy Boris Johnson said he “rejoices to continue the great partnership between our two nations.”

Alexei Pushkov, the chairman of the Information Committee of the House of the Federation, said that “the disappointment will settle very quickly” among the voters of Mr. Macron, who inherits according to him a “split country, Split”.

Ukrainian President Petro Poroshenko congratulated Mr Macron on a French message on Twitter, deeming his victory to be an “important credit of confidence of the French to a united Europe”. He said he relies on “France’s ambitious collaboration and the intensification of the format of Normandy”, which includes Paris, Berlin, Kiev and Moscow in order to settle the Ukrainian conflict.

Macron’s victory is “an inspiration for France and Europe,” said Greek Prime Minister Alexis Tsipras. Mr Macron is in favor of restructuring the Greek debt.

“Cooperate in France and Spain for a stable, prosperous and more integrated Europe,” wrote the head of the Spanish government Mariano Rajoy.

Belgian Prime Minister Charles Michel has ruled that it is with the election of Mr. Macron “a clear rejection of a plan to retreat dangerous for Europe that triumphs tonight”.

In a rare message, the Royal Palace sent its “congratulations” to Emmanuel Macron. “The majority of French people voted for a France in Europe,” he wrote on Twitter.

“I congratulate @EmmanuelMacron for his victory in the French presidential election,” wrote Brazilian President Michel Temer on Twitter.

Prime Minister Benyamin Nethanyahou congratulated Mr. Macron and said that “Islamist terrorism is one of the great threats to the entire world that it attacks in Paris, Jerusalem or other cities around the world. France and Israel are long-time allies and I am convinced that our relations will be strengthened. ”

Guinean President Alpha Condé said in a statement “convinced that the relations of cooperation (Franco-Guinean) will be strengthened under the magisterium of President Macron.”