NASA will launch a new satellite to search for extraterrestrial life – Rus.Media 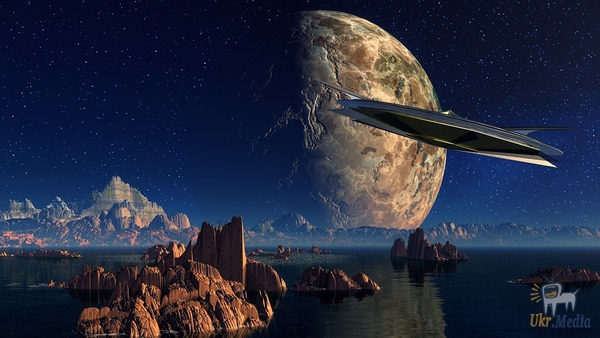 NASA will launch a new satellite to search for extraterrestrial life
It is undergoing final preparations in Florida.

Transit space telescope, TESS will hunt for planets on which life could exist. The launch is scheduled for April 16 in the U.S., reports Rus.Media.

It is undergoing final preparations in Florida. The machine will fill with fuel and placed in the fairing of the rocket “Falcon 9” the company “space X”.

“We expect that TESS will discover a number of planets whose atmospheric composition suggests the presence of life, scientists will study its atmosphere in detail,” says George Ricker, the principal investigator of the TESS mission.

March 15, the spacecraft passed the inspection, who confirmed that he is ready to start. TESS will launch with a US air force base at Cape Canaveral.

Using the gravitational pull of the moon, the spacecraft will be fixed by 13.7 day orbit around the Earth. 60 days after startup and checks instruments, the satellite will begin its two-year mission.

Four wide-angle cameras will give TESS the opportunity to follow 85% of the entire sky. The sky will be divided into 26 sectors, TESS will examine one by one.

In the first year of observations will be used to map the 13 sectors of the southern sky, in the second year, map of the 13 sectors in the Northern sky.

The spacecraft will look for a phenomenon known as the transit when the planet passes in front of the star, causing periodic dimming of the star.

Satellite “Kepler” NASA used the same method in order to locate more than 2600 confirmed exoplanets. Most of them revolve around faint stars at a distance of 300-3000 light years from us.

“From Kepler, we learned that planets more than the stars in our sky, and now TESS will open your eyes to the diversity of planets around nearby stars,” said Paul Hertz, Director of astrophysics division at the headquarters of NASA.

“TESS will throw a record-wide network to search for mysterious worlds whose properties will be investigated by a space telescope “James Webb” and other missions,” said Hertz.

TESS will focus on stars within 300 light-years in 30-100 times brighter than the goal of “Kepler”.

The brightness of these stars will allow researchers to use spectroscopy, the science of absorption and emission of light to determine the mass, density, and atmospheric composition of the planet. Water and other key molecules in the atmospheres will give us clues about the ability of planets to support life.