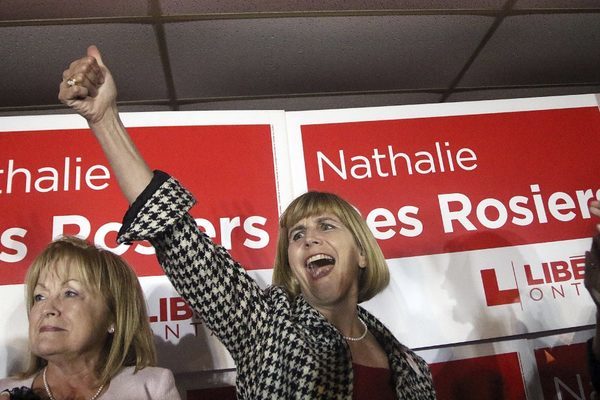 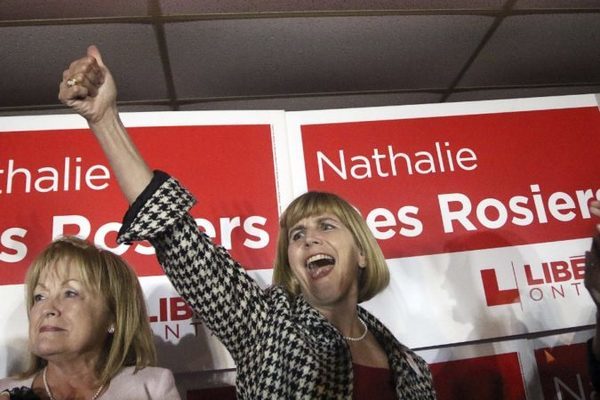 Provincial Parliament for Ottawa-Vanier remains in the colors of the Liberals. The people voted for Nathalie Des Rosiers to represent at Queen’s Park.

The Liberal candidate was declared elected barely an hour after the start of the vote count.

M me Des Rosiers fill the seat vacated by Liberal MP Madeleine Meilleur, who represented Ottawa-Vanier from 2003 to last June.

On arrival the local Knights of Columbus of Vanier, the new member did not hide his joy at being elected. The time was the celebrations. More than 200 supporters greeted M me Des Rosiers chanting her name while she was entered in the company of the Premier of Ontario, Kathleen Wynne, and former MP Madeleine Meilleur.

“It’s a beautiful evening for Ottawa-Vanier, but even more beautiful to me exclaimed Liberal MP. Madeleine Meilleur is a politician who inspired me a lot. I have big red shoes to fill and I promise I will do my best to represent the people of Ottawa-Vanier. ”

The first minister was honored to present the new member. “Nathalie will fight for all the causes she championed since the beginning of his career. She shared liberal values, “said M me Wynne referring, among others, women’s rights, access to justice and modernization of the justice system.

The first minister was feverish after partial election and delighted to retain the strong Liberal castle in the colors of his party.

At 23 pm on Thursday, Liberal candidate had obtained 48% of votes while 222 of 265 ballot boxes were counted.

During the campaign, which was launched on October 19, M me Des Rosiers said it intended to continue the work of her predecessor by promoting a collaborative approach. It has to tackle local issues such as the revitalization of Montreal Road, access to affordable housing in addition to the tunnel in the folder as King Edward.

Francophone rights are also on her list of priorities. It campaigns for the protection and promotion of French-language institutions to help the minority to preserve its rights and acquired.

André Marin will take the time to think about his political future.

Ottawa-Vanier voters have not responded to the strategy of the candidate of the Progressive Conservative Party, André Marin, asking them to “a clear message” to the Liberal government Kathleen Wynne by rocking the very liberal to castle color blue.

The former Ombudsman of Ontario was second after the election. This is the low mine he appeared before his supporters on Thursday night at the Conference Centre and Ottawa events.

“Do not let go, it’s not the end. I want everybody out of here head high tonight because in 2018 there will be another election, “protested Mr. Marin

“I thank Patrick Brown (PC leader) of trusting me. I think we have a new Progressive Conservative Party with Mr. Brown. We moved to the center and it is the future of politics in Ontario, “Mr. Marin.

The latter has repeatedly criticized the Liberal government during the campaign. He fired several arrows his opponents on electricity rates, but also on the issue of law and order.

A hundred supporters came out to support the Progressive Conservative candidate, the Nepean-Carleton MPP Lisa MacLeod. The party leader, Patrick Brown, has not moved he went to celebrate with the new PC MP for Niagara West – Glanbrook Oosterhoff Sam who won the election.

Some 4824 voters cast ballots at the advance vote.

The vote was triggered by the departure of Ancier PC leader Tim Hudak. The latter resigned last August, he represented the constituency from 1995 to 2016.

Oosterhoff Sam won with 53% of votes to the NDP candidate Mike Thomas, who collected 25% of the votes, and the Liberal Vicky Ringuette, who collected 15% of votes, according to unofficial results from Elections Ontario.