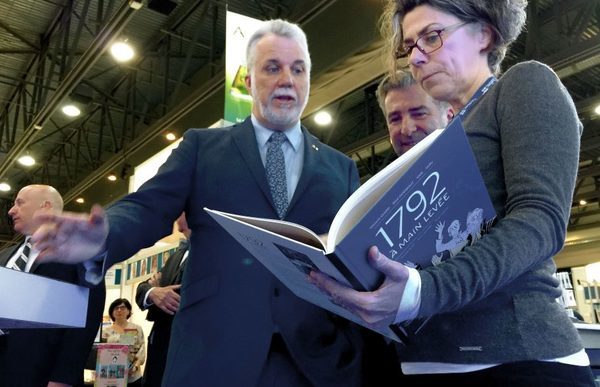 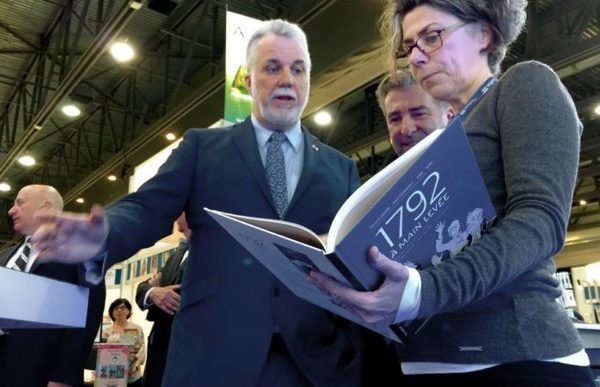 Like tens of thousands of others, Philippe Couillard took advantage of the Quebec International Book Fair to stock up on books. Encounter impromptu with a bulimic reader.

The Prime Minister says read ” nonstop ” almost. ” In the evening, in general, I read few government records. I have to change my universe. That’s where I make those readings. ”

Mr. Couillard revisited the work of ” great writer ” Michel Tremblay before attending the premiere of the production of À toi, forever, Marie-Lou by Alexandre Fecteau at La Bordée Theater last February. He had plunged into Tremblay’s literature for the first time ” years and years ago . ” At that time, ” I do not really liked the writing level of this great Quebecer ” , he says. Things have changed.

Mr. Couillard, who does not hide his penchant for Milan Kundera, says he ” detached ” from fiction for the benefit of the documentary. ” I find a theme. Then, I have bought several books on it before I meet about and move on to another topic ” , he explains.

He recently read all the books that came to him on … quantum physics. ” Trying to understand this for someone who does not have a very advanced training, [it’s not simple, but] I think I got there pretty much, so it’s okay. Can Canadian Prime Minister Justin Trudeau, who has already given a lesson in quantum computing, say the same?

Out of the quantum world, the head of government recently launched into theology, seeking to unravel the origins of Christian religions.

Mr. Couillard began touring exhibit booths at the Quebec International Book Fair with Minister of Culture Luc Fortin and half a dozen elected officials from the Capitale-Nationale. After taking some official photos, they returned to their work, while M. Couillard continued his tour of the Quebec City Convention Center, transformed into a gigantic bookstore, stopping here and there as if time were suspended.

In particular, he took the last edition of Franco-Amérique (Septentrion), which will offer him a much different perspective on the ” shared history ” of French-speaking Americans – Quebeckers, Acadians, Franco-Americans, Haitians – from that offered by the designers of the series Canada : The Story of Us . ” History always depends on who writes it and whoever reads it, ” says Mr. Couillard.

While one of his advisers painfully carried the books he bought or received from exhibitors, the Prime Minister rushed to the Druide booth, slowed down in his run by a few requests for self-portraits.

He was trying to understand one thing: why can not he integrate the antidote corrector into the applications installed on his tablet as he happens to do in the software on his computer?

After discovering his mine after his exchange with the two representatives of Druide, bet that he will succeed in penetrating the mysteries of the Christian faith before those of his iPad.