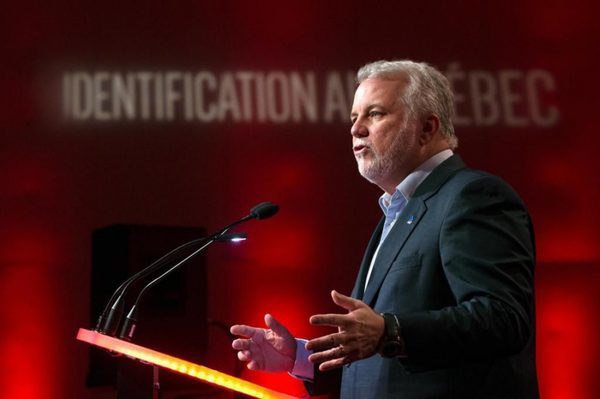 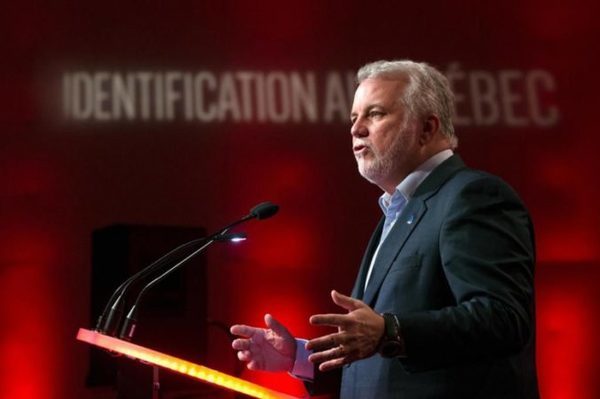 Last Friday, at the conference of premiers and aboriginal leaders, the National Chief of the Assembly of First Nations Perry Bellegarde reiterated the request of indigenous peoples to have a constitutional reform giving them an order status of government. The Quebec government supports the claim of First Nations, provided to adjust also the issue of Quebec.

“It allows to leave the appearance of first instinct typically found outside Quebec who said,” Ah, this is still the Quebec request something. ” By definition, Quebec will be different. There is a very strong allegiance to Quebec, but polls remind us that there is 75-76% [of Quebec] that a Canadian belonging to various degrees. If we want to encourage greater Canadian ownership, choose dialogue, mutual understanding, conversation, “said in an interview with La Presse Minister Fournier, who believes that” do not speak “the constitutional file, ‘c’ probably give rise to a possible chicanery. ”

In Ottawa, the Trudeau government “wants to establish a renewal with Aboriginal communities,” but also want to stay away from constitutional debates. “We want to establish a renewal with Aboriginal communities. We want to prove a strong Canadian presence in the world. These are things that take a lot of energy and attention, and we are focused on that, not on constitutional chicanery, “said yesterday at a press conference the Canadian Prime Minister Justin Trudeau. He also said happy “balance that has been established” with aboriginal leaders “in decision making.” Indigenous leaders participated in a working meeting with the premiers last Friday, but they would have liked to be as the first ministers conference in the afternoon (not because they are not recognized as an order of government under Article 35 of the Constitution).

The 150 th anniversary of Canada

The government wants Couillard enjoy the 150 th anniversary of Canada in 2017 to discuss constitutional issues in the public square.

“Instead of saying,” Let not that, it’s going to make the chicane … “Let’s not talk of anything Because the First Nations say that there are elements that do not take into account? , Quebecers say: “There are elements of our identity that does not account completely and we have to take into account.” we need a space to discuss [these issues] Eventually. , once we have understood what people mean it will be possible to write labels. Before arriving at the table [Constitution], it is necessary that we understand. […] this n is not a taboo to try to better understand and better future, “said Minister Fournier. Quebec does not hold a formal forum for citizen discussion of constitutional issues, preferring to” think about something ‘broke’ in 2017.

Couillard The government does not want to suggest constitutional deadline.

“It’s not a matter of timetable, it’s a matter of developing the will to better understand the population. Once the will is going to be established, it will be very easy to establish the constitutional deadline. ”

Minister Fournier does not formalize Trudeau government’s reluctance to speak of “constitutional wrangling.” “If the question is:” Mr. Trudeau, will you make a constitutional conference tomorrow morning? “I understand his response. If he interpreted [by saying that] PM [prime ministers] meet in a room and solve that, I guess he said: “That is the usual method of the past, it has not been successful. “Before meeting, if one is serious, make room for all those who require, we will have to one day start talking [of the Constitution], people understand what it means. […] Prime Ministers who gather in a room, not speaking to anyone, write labels and then explain, we do not relive it. it is in the modern era : people want to talk about it before writing it. ”

A longstanding claim
Indigenous peoples have long demanded to be recognized in the Constitution as a level of government. “It’s a longstanding claim says Sébastien Grammond, Professor of constitutional law at the University of Ottawa. In the Charlottetown Agreement, explicitly said that the natives were a third order of government. Even if it was not adopted, we recognize more and more that there is a phenomenon of governance [Aboriginal] which can hardly be classified in the federal-provincial order. There are more and more institutions, and indigenous say it is a manifestation of their inherent self-government. But in the current climate, few politicians in Canada have an appetite for constitutional changes. “