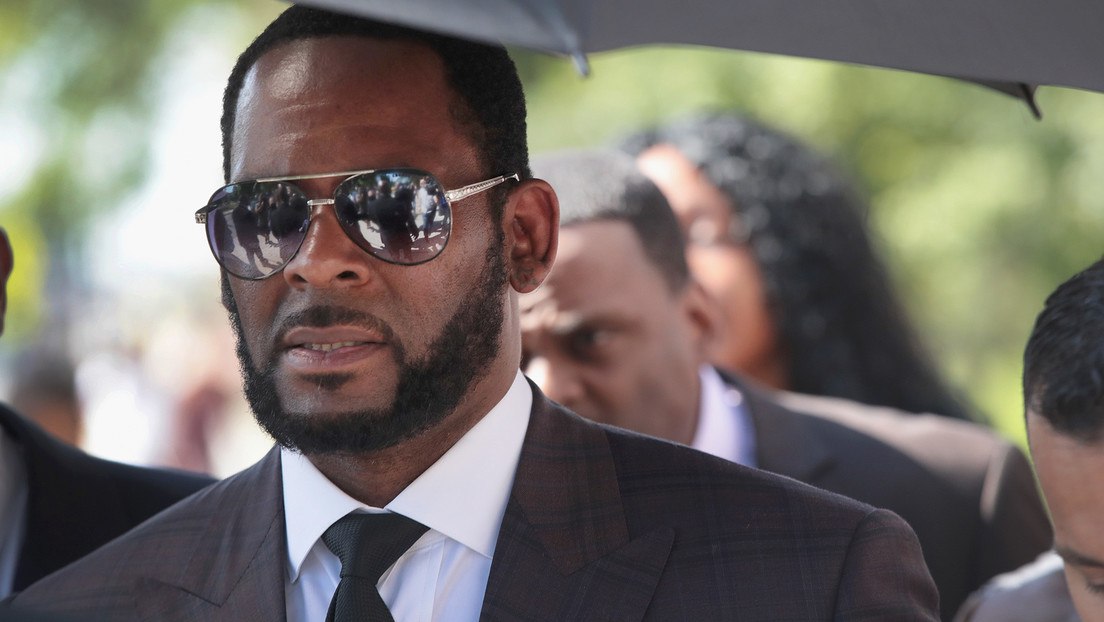 R&B singer R. Kelly faces 30 years in prison. Last year, the musician was found guilty on all nine counts, including sexual exploitation of minors. Judge Ann Donnelly handed down the sentence on Wednesday.

Guilty on all counts: last year, the jury has already ruled in the case of abuse against the former American superstar and R& B singer R. Kelly. During the five-week trial, which ended in September last year, charges of sexual exploitation of minors, kidnapping and bribery were considered.

After the jury found him guilty, a New York court announced the verdict on Wednesday. Robert Sylvester Kelly, as the musician is called by his full name, was sentenced to 30 years in prison. Judge Ann Donnelly said Wednesday that Kelly’s crimes were «calculated, carefully planned and regularly committed for almost 25 years».

The judge also imposed a fine of $100,000. The prosecutor’s office followed the verdict along the entire line, which demanded more than 25 years of imprisonment for the singer.

55-year-old R. Kelly, who became famous all over the world with the song «I Believe I Can Fly», has been in prison since his arrest in the summer of 2019. Such punishment is appropriate, including due to the severity of his crimes. In addition, Kelly is still a danger, the prosecutor justified his claim – and Judge Donnelly agreed. The musician’s defense demanded a much milder sentence.

The prosecutor’s office claimed that the musician’s entourage, consisting of managers and assistants, helped him find and control young girls, claiming that this constituted criminal activity in accordance with federal law.

Kelly’s lawyer, Jennifer Bonjean, announced that she would appeal. The defense petitioned for a sentence of 10 years or less, arguing that the singer «experienced a traumatic childhood full of violent, prolonged sexual abuse, poverty and violence». According to his lawyers, as an adult, he was «repeatedly deceived and financially abused, often by people he paid for his protection». His crimes were serious, but did not justify a punishment equal to life imprisonment for a diabetic singer.

During the trial, seven of Kelly’s victims told their stories in court. One of the women said that the musician had a «God complex», he «manipulated millions of people» and committed «pathetic, inexplicable» acts. They told the jury about the sexual, physical and psychological abuse they had been subjected to by Kelly. Sometimes when they were underage.

Several victims of the singer also made statements before the verdict was announced. «You made me do something that broke my spirit», one woman explained, adding: «I literally wished for death because you made me feel so bad. Remember that?»

Although the multi-platinum artist has faced allegations of abuse since the 1990s, especially against underage girls, these allegations have never affected his career. A 1997 lawsuit filed by a woman who claimed he sexually assaulted and harassed her when she was under 18 was dismissed. And in 2008, Kelly was acquitted of 14 counts of child pornography. At the time, he was on trial for possession of images of serious sexual abuse of children.

His marriage to the then 15-year-old singer Aliya was also noted during the trial. Kelly met her when she was just 14 years old. In the early 90s they worked together on their debut album. Kelly’s former assistant and his manager testified that they facilitated an illegal marriage between them. Kelly himself was 27 years old at the time. According to his manager, Kelly married Aliya, who was only 15 at the time, to an adult and she married him because he thought she was pregnant. According to American media reports, their identity documents were forged. After that, the marriage was dissolved. The young artist died in a plane crash in 2001, when she was only 22 years old.

The Grammy winner, who has been in custody without bail since 2019, will soon also appear in court in Illinois and Minnesota. The trial in Illinois is scheduled to begin in August.