Rolled by the defeat of Clinton, the Democratic Party wants to reconnect with blue collar 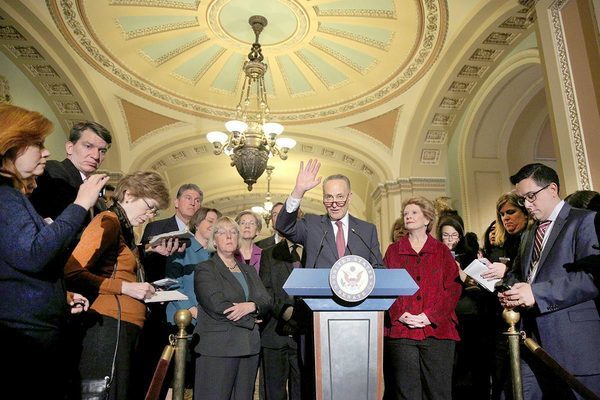 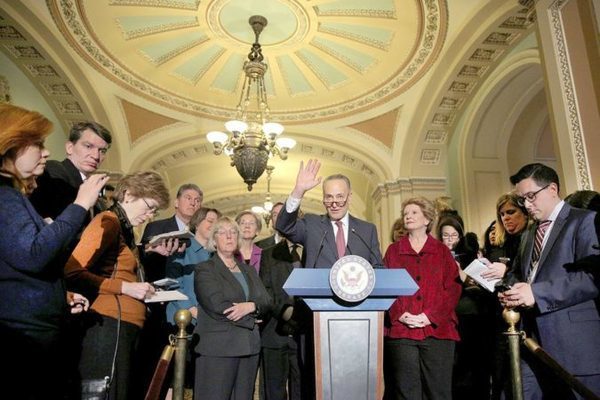 Excluded from power after the defeat of Hillary Clinton in the presidential election, the US Democratic Party is in full examination of conscience to try to revive a neglected constituency: white Americans disappointed globalization.
“We took a beating, recognized the elected Congress GK Butterfield in a boiling Capitol in Washington. We need to recalibrate ourselves and decide how to move forward. It’s like death: it must go through several stages of mourning. “For the first time since 2006, the Democrats are out of the White House and in the minority in both houses of Congress. Hillary Clinton refuses to do a mea culpa, but Democrats, who intend to regain the advantage in the elections of 2018 and 2020, are willingly to his place.
The diagnosis spans electoral maps that analyze the election results of November 8. In the industrial regions of the Midwest and Great Lakes, from Pennsylvania to Wisconsin via the Ohio and Michigan, white voters overwhelmingly voted for Donald Trump. The coalition celebrated as minorities, especially black and Hispanic, was not enough to stem the tide of workers and unskilled white employees pro-Trump. In total in the country, 67% voted for the Republican, according to polls of polls outputs. “We need to talk to blue collar workers. We need blue-collar workers vote blue “insists Tim Ryan, an elected representative for 43 years an Ohio district, the epicenter of the earthquake Trump. Blue is the color of the Democrats in the United States. “To achieve this, we need the message and the messenger create a bond with them, ‘says he, in a critical watermark of the torchbearer of 2016, Hillary Clinton, seen by many as a representative of ‘establishment by excellence after three decades of public life. “Donald Trump has succeeded in exploiting the economic anxiety with its protectionist message noted the elected New York Hakeem Jeffries on CPAC. We must change the way we communicate, because it is we who have good ideas, but people do not hear it enough. ”

Battle Heads
reconstruction should start with the party leadership in Washington, and the race is open. “I sincerely hope we will make a clean sweep in the party. They must all go, “said the activist filmmaker Michael Moore on CNN this weekend. One of the candidates in vogue called Keith Ellison, one of the first members of Congress to have supported Bernie Sanders during the presidential primaries against Hillary Clinton – a daring choice at the time, when all the Democratic Party establishment supported the favorite. “It is not enough to ask voters their votes every two years, he argued in announcing his candidacy. We must support them whenever they lose wages or when tuition increase. “But the” congressman “Ellison, a Muslim Black, has an urban riding of Minnesota who is not like the rural land and the suburbs that Democrats would win. Another candidate is declared a populist returning, Howard Dean, unsuccessful candidate in the presidential primaries of 2004.
The other match taking place in the marble halls of Congress, the nerve center of American politics. Democrats in the House of Representatives must, as is customary, will choose a group leader, a position held by Nancy Pelosi, 76, elected to progressive capital city San Francisco. But his knighting expected this week did not happen, and the internal elections were postponed to 30 November. Tim Ryan, the elected Ohio 43 years who wants to talk to blue collar workers, could challenge him instead and symbolize a generation change.
In this required rebuilding, incumbent President Barack Obama wanted to “see new voices and new ideas emerge.” A solution for the renewal passes by him with a new territorial coverage by Democrats – not only large urban centers where the party has tended to shrivel.
For their part, Senate Democrats elected Chuck Schumer yesterday at their head, a post from which he will lead the opposition to the Republican president Donald Trump in January. Bernie Sanders, the independent socialist senator from Vermont who challenged Hillary Clinton in the presidential primaries, has meanwhile made his entrance in the management team, a sign that the Democrats have learned from the defeat of Hillary Clinton in presidential election last week.