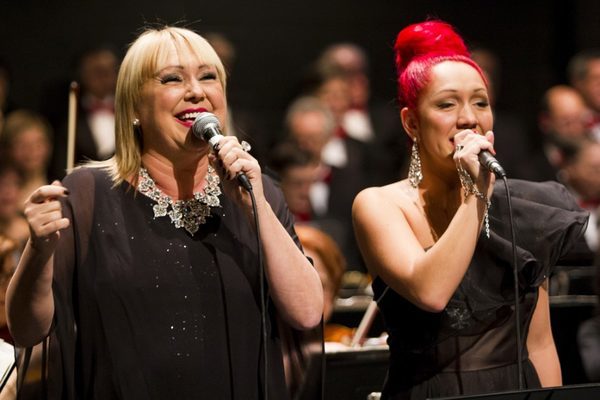 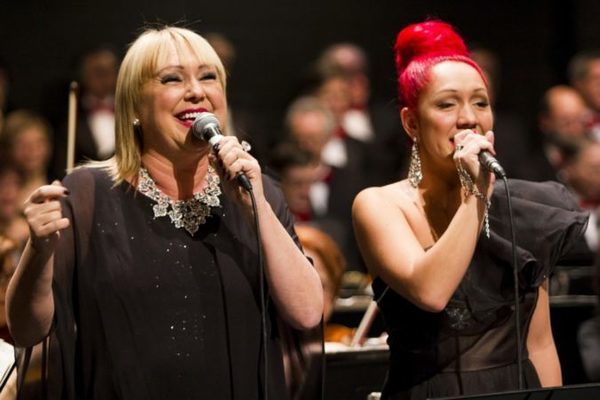 (St. Pius) – Mom, we should do a Christmas show together.

Johanne Blouin and her daughter Elizabeth Blouin Brathwaite did not request to attend the Christmas concert of the church of Saint-Pie, on 26 November. After a year without doing shows or TV set, they were due.

With five Christmas albums to their credit – four for Johanne Blouin – they will draw at leisure in a well-supplied directory. “I have plenty of choice, ‘says with a laugh Johanne Blouin, at the other end.

This will be the first time they share the bill at such occasion. “Elizabeth and I wanted to test the formula of a Christmas show, before leaving on tour maybe next year,” she explains.

The night of the concert, they will both singers and choristers, accompanied especially for the occasion of the singer Jean-Alexandre Boisclair – one of Johanne Blouin students to whom she teaches singing at Cégep de Drummondville. In turn, they will occupy the center stage.

The native of Saint-Hyacinthe singer will perform Christmas standards with its special touch, like Jingle bells on the air of the Bolero by Ravel, for example. “With this pairing, I treat a Christmas song in a completely different way,” she says.

Johanne Blouin love Christmas “like everyone else” but “it is especially the creative and musical side of Christmas that I find interesting.”

When asked his favorite song among those they will perform on November 26, His eye is on the sparrow stand out song that was popularized by Lauryn Hill in the soundtrack of the movie Rock’n nun . Mother and daughter sing the duet. “This piano-voice song picks us to tears,” says Johanne Blouin.

At the piano, Jean-Philippe Bouffard will accompany the trio of singers, who belongs to the relatives of musicians Johanne Blouin. A native of St. Pius, he also made a solemn Mass in honor of the 175 th anniversary of its founding, it said on the website of the Ensemble vocal Sunflowers which he belongs.

It wanted to prevent the singer: “Johanne, do not jump when you see the poster of the concert: my name appears in letters almost as big as yours! “On the Fabric of St. Pius, it is obviously proud of the local talent!

The side of the factory precisely the aim of the benefit concert is to bail out in order to carry out major repairs. The Casavant organ is part of the list. “We do not know when it will release us,” said Madeleine Ravenelle, vice president of the factory council of the St. Pius Church.

At 92, the instigator of the event organized by the 6 th concert. “It’s a challenge for me to succeed in bringing money to the church,” says this energetic volunteer. She relies on her duet featured artists make up for the November gloom “This concert will invigorate people and make them want to celebrate! ”

French kiss embraces France
The newest album of Johanne Blouin, French kiss , published in autumn 2014, should land in France aware of the coming winter. A first for the artist, 61, who said happy and surprised to be able to meet the French public for the first time.

“I think it trippy can go there if she enthusiastically. If it works well there, it will be just one more in the great career that I had. “The details of a possible tour are not yet known. Jérôme Savary