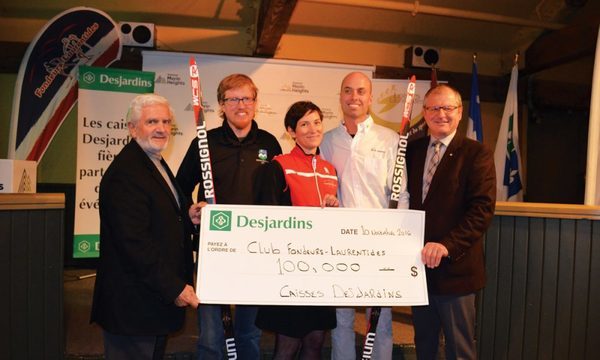 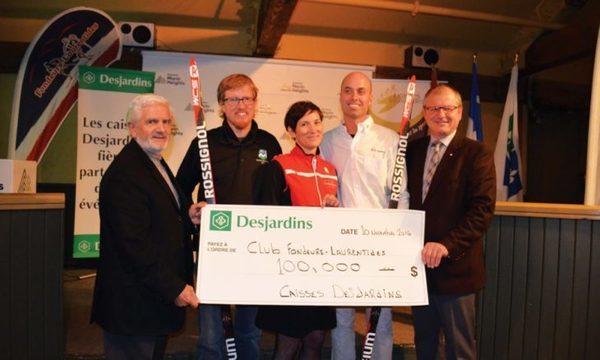 MONTREAL – What is the strength of the Canadian Freestyle Ski Team, is that acro Ski Canada is constantly developing new hopes, particularly in humps.

If the national federation usually takes advantage of a new season on the circuit of the World Cup to give experience to new members, the formula will change a bit in 2016-17.

“We did not advance one in the national team, because we want to bring all our attention on those who will be more affected by the Olympic qualification process, which begins this season, told The Canadian Press Marc- André Moreau, high performance Director, bumps and jumps, Ski acro Canada. The only ‘little’ new World Cup is Gabriel Dufresne. ”

In women, the Dufour-Lapointe sisters – Chloe, holding the crystal globe, Justine and Maxime – Audrey Robichaud, Andi Naude and Alex-Anne Gagnon will defend the colors of Canada as of December 10, in Ruka, Finland.

The team again favorite figure doing this year, expectations will be high from Moreau and coach Rob Kober and Michel Hamelin.

“This is a team that beats records year after year, recalls Moreau. There are a few years, they were all young people without experience, but earning immediately. Now I see a great maturity to settle in the team: they work differently, everyone helps a little.

“With the camps we had and all the work that has been done, we want to win as much as possible and remove the crystal globes. We have the team to do it. We want to be the number 1 in the world. They have all the skills to be at the top. ”

At the jumps, the approach is different for Moreau and his coaches, Capicik Dennis and Liz Gardner. Canada experienced a wave height in recent years, are not always able to send a full national team on the circuit of the World Cup. This will not be the case this year.

“I think the wave height is over. I begin my third year as director of high performance and I really see a progression, notes Moreau. We have a full team and we have young growing. We have two screening programs, one in the Laurentians with Rémi Bélanger and one in Quebec, with Nicolas Fontaine. Both are coaches of the Quebec team and work together on recruitment. They are trying to build a team with a good base of young people. ”

Thus, Olivier Rochon, Travis Gerrits and Lewis Irving in men and Melissa Corbo and Catrine Lavallée in the women participate in all stages of the World Cup, which gets underway on 17 and 18 December in Beida Lake , in China.

By cons, Canadian jumpers, unlike hard workers or specialists slopestyle, will not benefit from a competition in Canada.

“Obviously we are disappointed that there are not in Canada, admits Moreau. We would like athletes can ‘compete’ home. We try to find other ways to give visibility to the sport. However, it helps to have a World Cup. We wish to see an area Montreal or Quebec over the coming years. ”

“Keep an aerials event is very expensive. We’re talking about hundreds of thousands of dollars more (than the bumps), explained Bruce Robinson, the CEO of Acro Country Canada. Currently, we do not have that money. ”

This does not mean that sport is sick either.

“I think the jumps are healthy, says Robinson. Several nations in sport at a high level, especially China. With the Olympic Games 2022 presented in Beijing, I do not see how the jumps could be removed from the Olympic program. They will be part of our program and that of several countries for many years to come. For now, we do not feel any negative impact on the popularity of the sport is not to hold competitions in Canada. ”

“This year we want to go for podiums, score Moreau. It was only one last year with Oli, and a fourth for Travis. We want our guys to touch podium. We know they are capable of. They have everything you need. With two to three podiums, one would be really happy. ”

The 2016-17 season also marks the start of the Olympic complex qualification process for freestyle skiing. In addition to meeting of male and female athletes quotas bumps, jumps, slopestyle and halfpipe, acro Ski Canada must also negotiate with athletes of ski cross, which is under the leadership of Alpine Canada, but are grouped with acrobatic disciplines in the Olympic program.

“It’s always the same process, everyone is aware that it will compete. Our athletes know what to expect, says Moreau. As for the coaches, we try to help each athlete reach his full potential and the ultimate goal is to put the most people to the Games. ”

However, what will help athletes in freestyle skiing, is that there are now 30 places available for the five disciplines, instead of the 24 granted by the IOC for the Games in Vancouver and Sochi.

“It will not solve everything, but it’ll help. It is certain that at some point there is a selection that should be on performance, “says Moreau.