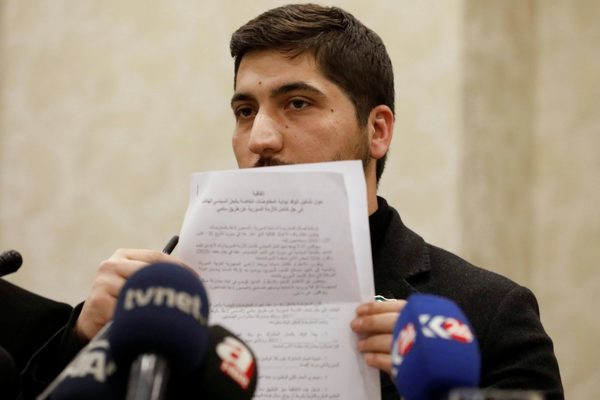 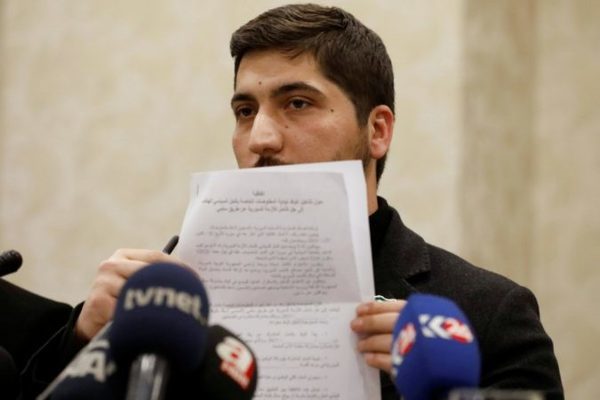 A ceasefire between the regime and the rebels was generally respected on Friday morning in Syria, a prey to civil war for nearly six years, with only a few isolated clashes being reported.

The cease-fire came into force on Thursday at midnight (5 pm, Montreal time) before the opening of peace negotiations, under an agreement concluded under the aegis of Russia and Turkey, without United States.

The agreement, which does not involve those designated by the parties as “terrorists”, such as the Islamic State group, was announced today by Russian President Vladimir Putin and confirmed by the Syrian Army and the Syrian National Coalition ( CNS), the main component of the opposition in exile.

During the night, clashes were reported in the province of Hama (north). “The ceasefire is respected in most parts of Syria (…) but Islamist factions have attacked positions of the regime near the Christian city of Mahrada,” Abdel Rahman, Of the Syrian Observatory of Human Rights (OSDH). According to him, “small rebel groups and loyalist forces seek to destroy the truce”.

Turkish President Recep Tayyip Erdogan, whose country supports the rebels, described the deal as a “historic opportunity” to end the war that has ravaged Syria since 2011.

This war, described as “cancer on a world scale” by the future UN boss Antonio Guterres, has left more than 310,000 dead and millions of refugees.

The announcement of a truce comes a week after the total resumption of the city of Aleppo (north) by the regime of President Bashar al-Assad, its most important victory since 2011, obtained with the support of its unfailing allies Iran and Russia .

After several meetings in Turkey between Russian emissaries and rebel representatives backed by Ankara, Vladimir Putin announced the entry into force of a truce.

“Three documents were signed: a first between the government and the armed opposition on a ceasefire throughout the Syrian territory”, and the second on measures to monitor compliance with the truce, said Mr. Putin.

“The third is a statement about the willingness of the parties to conflict to launch peace talks,” he said.

According to Russia, the ceasefire was approved by “the main forces” of the rebellion. In total, seven rebel groups, including the powerful Ahrar al-Cham, have signed.

Since the start of the war in March 2011, several ceasefires negotiated by Washington and Moscow have quickly shattered.

The United States, until then in continual disagreement with Russia over the Syrian conflict and awaiting the upcoming arrival at the White House of Donald Trump, have been dismissed from these negotiations. They nevertheless welcomed “a positive development”. “Every effort to stop violence, spare lives and create the conditions for a resumption of constructive political negotiations is welcome,” US diplomatic spokesman Mark Toner said.

On the other hand, this is the first time that Turkey has sponsored such an agreement. According to the Kremlin, Putin and his Turkish counterpart “were satisfied with the agreements reached,” in a telephone interview.

They “spoke out for strengthening anti-terrorist cooperation” and also “underlined the importance of the ongoing efforts to organize negotiations in Astana”, the capital of Kazakhstan.

“We are starting with the Turks and Iranians to prepare for the meeting in Astana,” he said without specifying which opposition groups would participate in front of emissaries of the regime under the patronage of Russia. Turkey and Iran.

In a telephone interview, Putin and Assad believed that the launch of negotiations in Astana “would be an important step towards the final settlement of the crisis”, according to the Kremlin.

The High Negotiating Committee (HCN), which includes a large part of the Syrian opposition, is expected to participate in the upcoming negotiations, said Ankara Osama Abu Zeid, legal adviser to the so-called “moderate” rebels allied with the Syrian National Coalition.

The Astana meeting will precede intersyrian negotiations to be organized by the UN on 8 February in Geneva. Astana is not “an alternative to Geneva”, according to Turkish Foreign Minister Mevlüt Cavusoglu but “a complementary step”.

For his part, UN envoy for Syria Staffan de Mistura hoped that the new ceasefire “would facilitate the delivery of humanitarian aid” in the country and would result in “productive talks in Astana” .

Russian-Turkish cooperation on the Syrian issue resumed in June after months of crisis. She gave birth in mid-December to a ceasefire in Aleppo that allowed the evacuation of civilians and rebels from the last insurgent quarters in this city.

After the announcement of the new truce agreement, the Turkish news agency Dogan reported raids by Russian air force to Al-Bab (north), an IE stronghold in Syria, that Syrian rebels supported by Ankara attempt to take.