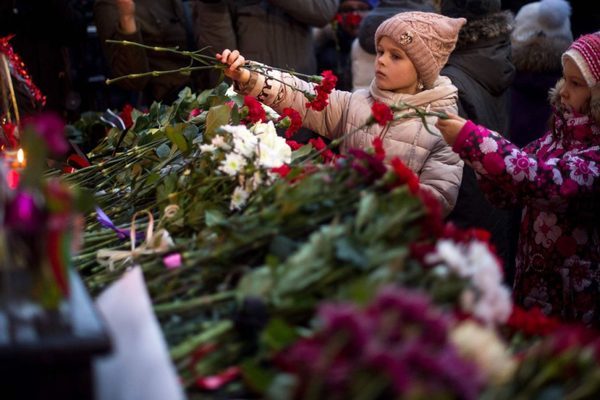 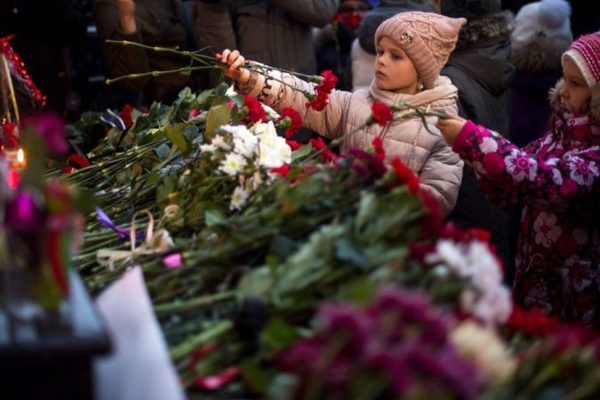 Russia is today observing a day of mourning in the aftermath of the crash of a military plane in the Black Sea with 92 people on board including members of the Red Army Choirs who were going to celebrate the New Year with the troops In Syria.

This aerial catastrophe has aroused great emotion in Russia, where the whole is considered one of the symbols of the country, a national pride.

President Vladimir Putin declared a day of mourning on Monday “throughout the territory of Russia” and advocated a “careful investigation … to determine the causes of the disaster”. A special committee led by the Minister of Transport, Maxime Sokolov, was set up for this purpose.

“All the possible causes [of the crash] are examined,” Sokolov said, arriving in Sochi (southwest) in the evening, while considering it “premature” to talk about a concrete track, Of a terrorist attack, while unidentified sources gave various explanations to Russian news agencies, ranging from a technical failure to a pilot error.

The black boxes “have unfortunately not been found,” he lamented, stressing that research was going to continue on Monday.

For its part, the Ministry of Defense said research would continue “without stopping, 24 hours a day” thanks to powerful spotlights installed in the coastal zone and on boats.

According to the ministry, the Tupolev Tu-154 disappeared from the radar screens two minutes after its take-off from Sochi airport, in the municipality of Adler, on the shores of the Black Sea. He went to the Hmeimim air base near Latakia in Syria.

Debris from the aircraft was found 1.5 km from the coast, about 70 meters deep, according to Russian Army spokesman Igor Konachenkov. “There are no traces of survivors,” he said, adding that more than 3,000 people, including a hundred divers, 32 boats and five helicopters and drones were involved in the search.

For now, a dozen bodies have been found, the army said, pointing out that their identification would be carried out in Moscow.

The aircraft from the Chkalovsky airfield near Moscow had stopped in Sochi to be refueled with kerosene. It carried 84 passengers and the eight members of the crew, according to the Ministry of Defense.

Among them are 64 members of Ensemble Alexandrov, known during his tours abroad as Red Army choirs, and eight soldiers. They were traveling to Syria to celebrate the New Year with Russian soldiers deployed there since September 2015 in support of the regime of Bashar al-Assad, a long-standing ally of Russia.

“The Alexandrov Ensemble is a visiting card of Russia,” commented the famous Russian pianist Denis Matsuyev, speaking of “terrible injustice”.