The future head of the US diplomacy denounces the Russian “danger” 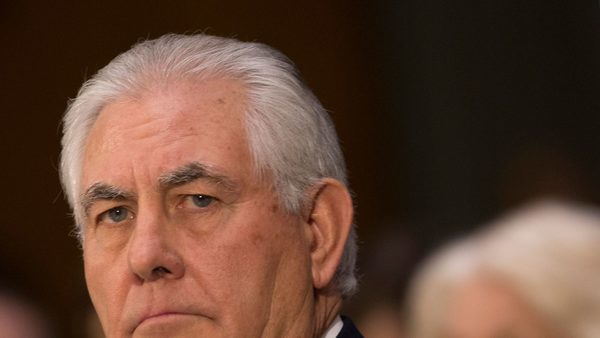 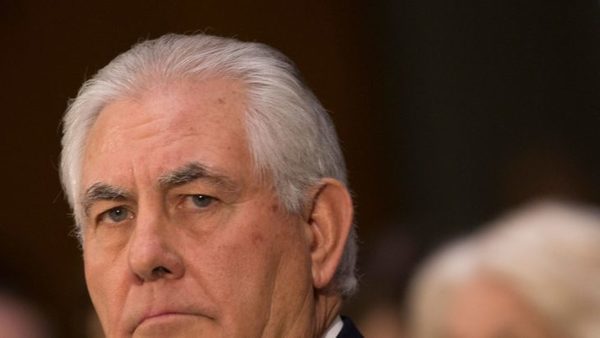 Washington – US Foreign Minister Donald Trump, ex-CEO of ExxonMobil Rex Tillerson, Wednesday took the opposite of accusations of proximity to Moscow by denouncing the Russian “danger” for Europe and Asserting that Americans and Russians would never be “friends”.

The boss of the world oil giant between 2006 and 2016, auditioned by the Foreign Affairs Committee of the Senate to be confirmed as Secretary of State, is a close relation of Russian President Vladimir Putin with which the president-elect of the United States precisely advocates a rapprochement .

This hearing of Mr. Tillerson takes place in an extremely cumbersome context: the United States accuses Russia of having interfered in their presidential campaign in order to favor Donald Trump and to discredit Hillary Clinton. And the next tenant of the White House on Wednesday denied having been subjected to Russian pressure, after media had published notes of US intelligence reporting compromising records on him that would be in the hands of Moscow.

He condemned the fact that Moscow had ” invaded Ukraine by seizing Crimea and supported the Syrian forces ,” calling for a ” vigorous response ” of the United States.

Tillerson, a Texan of 64 years to the imposing stature and speaking for the first time since his appointment on December 13, declined to follow Republican Senator Marco Rubio accused the Russian president of being a ” criminal war “.

One who has spent his entire career at ExxonMobil had woven a relationship since 1999 he had qualified himself a day of ” very close ” with the Kremlin leader. The latter had decorated it in 2012 of the order of Friendship, a decoration awarded to foreigners.

Rex Tillerson was awaited at the turn by the Senate on its ties with Russia, including ExxonMobil’s investments in the Russian oil industry.

Democratic Senator Ben Cardin has accused ” President Putin have since killed more than a decade the emergence of democracy in (his) country and have set out to erode support for democracy in Europe .”

” Our NATO allies have reason to be alarmed by the resurgence of Russia ,” replied Mr. Tillerson condemning Moscow lent ambitions in Europe.

During the presidential campaign, candidate Trump on the contrary boasted a Washington-Moscow détente and criticized the Atlantic Alliance and its Article 5 stipulating the principle of solidarity between member states in case of external aggression.

This had worried the European allies of America.

Rex Tillerson, who is running for the head of US diplomacy in the wake of John Kerry, also recognized that ” even if Russia seeks to enforce internationally, recent activities went against American interests ” .

– ‘Never friends’ –
” We probably will never be friends ” because of ” clearly different value systems ,” Did he stressed.

In contrast, the elected President Trump, who has continued to greet the ” intelligence ” of Mr. Putin still said Wednesday in his first press conference since his election on November 8 that if the head of the Russian state appreciated, it was ” an asset “.

Rex Tillerson also passed on the grill of the Senate about computer piracy during the American presidential election for which Washington accuses Moscow. He said lip that ” could reasonably believe ” that President Putin was behind.

But for industrial, complete novice in politics, the American response in the form of sanctions imposed by the incumbent President Barack Obama, ” hurts the US business community ” willing to invest in Russia.

Even if Mr. Trump’s foreign policy remains unclear, the billionaire wants not only to get closer to Mr. Putin but also to be firm with China, especially in commercial matters.

Thus, Rex Tillerson lamented that Beijing ” has not been a reliable partner to use its influence to curb North Korea ” and its ballistic and nuclear military programs sanctioned by the international community. He found that the objectives of the second world power could be ” in conflict with American interests .”

The ministers appointed by Mr. Trump need 51 senators out of 100 to be confirmed. The Republicans control 52 seats in the Senate. If all Democrats and three Republicans vote against Rex Tillerson, he will not be Secretary of State.