Trump called the boss of ExxonMobil Secretary of State 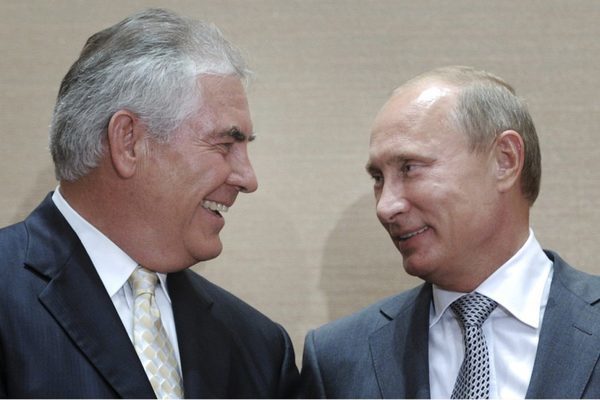 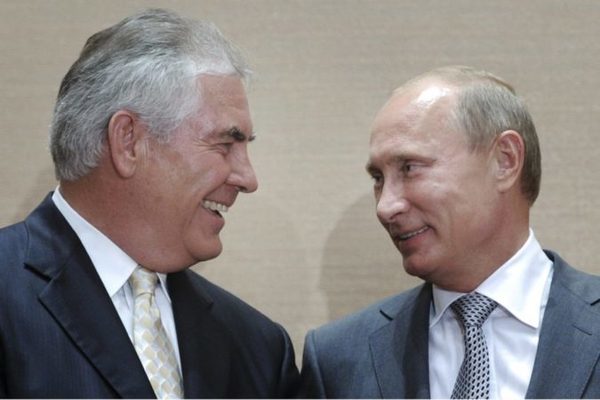 Donald Trump on Tuesday named as head of US diplomacy Rex Tillerson, CEO of oil giant ExxonMobil and friend of Russia, President-elect of the United States seeking a warming of relations with Moscow after the tensions of the Obama era.

Tillerson, 64, knows very well that Russia, as the boss of the first global oil company, he often does business. But he also developed a personal relationship with Russian President Vladimir Putin. The Kremlin has also immediately hailed a “professional” who has “good working relations” with the head of the Russian state.

This choice, however, is likely to face opposition from the Senate, which must confirm this ministerial appointment, when Moscow was accused by the CIA of having interfered in the US presidential November 8 for Donald Trump.

But by making this powerful businessman voice and face of American diplomacy, the designated president confirms he wants to start a detente with Russia. After an attempt to “reset” (revival, Ed) launched in 2009 by President Barack Obama and his secretary of state at the time Hillary Clinton, the US-Russian relations have fallen to the lowest in recent years with the annexation Crimea and the war in Syria.

“I can not imagine anyone better prepared and also dedicated to serve as secretary of state at this critical moment in our history,” Mr. Trump welcomed by announcing the appointment of Mr. Tillerson said in a statement.

He believes that “it will be a firm and lucid lawyer vital national interests of America and help change years of bad foreign policy and actions that undermine safety and the place of America in the world” .

Donald Trump, who will replace Barack Obama at the White House on January 20, was also pleased to have chosen one of the “big business leaders of the world” to succeed Democrat John Kerry, head of State department since February 2013.

Justifying this unusual choice, the Trump team noted that Mr. Tillerson will know “how to move in the complex architecture of world affairs and various foreign leaders.”

His arrival was also welcomed by the former Secretary of State to President George W. Bush, Condoleezza Rice and the former head of the Pentagon Robert Gates – who served MM. Bush and Obama. Mr. Tillerson is an “excellent choice” appointment “fantastic”, they boasted.

But the next chief diplomat of the world power is far from unanimous among Republicans who must confirm his appointment to the Senate.

Vladimir Putin, who gave him in 2013 the Russian decoration of the Order of Friendship, designed for foreigners, “is a thug and a murderer, I do not see how one can be a friend of a former agent KGB “, launched Republican Senator John McCain shortly before the appointment.

His pair of the State of Florida, Marco Rubio, acknowledged that the CEO of ExxonMobil was a “respected businessman” but he expressed “serious concerns”, stressing that a Secretary of State had to “see the world with moral clarity, without conflicts of interest and with a clear sense of the interests of America.”

John Kerry, who leaves without being able to stop the carnage in Syria despite years of negotiations with Russia, was content to “congratulate” him his successor and ensure a “smoothly transition to the next administration to continue the important work of the US foreign policy. ”

The fundamental challenge of the moment is the Washington-Moscow relationship.

ExxonMobil boss had spoken against the sanctions imposed by the West to punish the actions of Russia in Ukraine. Going against the firmness of the Europeans and the Obama administration, German Chancellor Angela Merkel and French President Francois Hollande is still being delivered Tuesday to the extension of the sanctions.

Democratic Senator Ben Cardin was also “deeply troubled by the opposition of Mr. Tillerson to US sanctions against Russia in the wake of the invasion, occupation and illegal annexation Crimea, Ukraine, and its close relationship with Vladimir Putin. ”

Rex Tillerson will also have to deal with China.

Since the beginning of the month, Donald Trump has made many statements threatening to upset the delicate balance of relations between the US and China, especially on the very sensitive issue of Taiwan. Beijing has also launched its most severe warning to date Tuesday, warning that anyone who threatens the interests of Beijing to Taiwan “would raise a rock crush his feet.”

Rex Tillerson, a close Putin tanker
(Luke OLINGA, NEW YORK) – Rex Tillerson, CEO of ExxonMobil Tuesday appointed chief US diplomat, has close ties with many heads of state, including Vladimir Putin, negotiating oil contracts but worried his appointment in As part of the fight against global warming.

Build impressive, white hair, this Texan 64 years, always dressed to the nines, has no government experience but its proximity to the Russian president was probably decisive in choosing Donald Trump.

A priority of the president-elect is to warm the Russian-American relations cooled considerably since the invasion of the Crimea in 2014 by Russia.

“It is the American who has had the most interaction with Vladimir Putin with the exception of Henry Kissinger,” said John Hamre him, the Center research institute for Strategic and International Studies (CSIS) which Mr. Tillerson is a member.

MM. Tillerson and Putin met in the 90s when the first supervised an Exxon project on Sakhalin Island and strengthened their ties when the second took power after the resignation of Boris Yeltsin on 31 December 1999.

This “friendship” will be crowned by a landmark agreement signed in 2011 between the Russian state energy giant Rosneft and Exxon to explore and drill all the Arctic and Siberia.

The agreement, valued initially at $ 3.2 billion but could potentially generate 500 billion based on deposit discoveries, is currently frozen by Western sanctions against Russia.

Tillerson, who received in 2012 from the hands of Vladimir Putin decoration of the Order of Friendship, was against sanctions at the general meeting of shareholders of ExxonMobil in 2014.

“We have always encouraged people who make those decisions to take into account all the collateral damage as well as those affected by these sanctions,” he had objected.

These words could earn him a difficult confirmation in the US Senate, including influential members – Senator John McCain in this case – have already publicly expressed their reservations on the choice of president-elect.

Born in Wichita Falls, Texas, Rex Tillerson has spent his entire career with Exxon which he joined in 1975. He was appointed CEO in 2006, he had to leave his post in March to retire.

This son of Scoutmaster, married with four children, weighed heavily on the decision of the American organization scouts in 2013 to accept openly gay youth in their troops.

His views on foreign policy are little known, except that he is a strong supporter of free trade.

As secretary of state, he will manage the Iranian nuclear issue – Mr. Trump wants to review the 2015 agreement between Iran and the major powers – the sanctions against Russia, quarrels with China the Syrian file.

It will also awaited climate after resisting by his boss as ExxonMobil to reduce investment in the exploration of new oil wells in the fight against global warming.

Several US states including New York, supported by environmental activists, have opened investigations against the group.

This appointment is “unimaginable” denounces the environmentalist NGO 350.org. “We can not let Mr. Trump name the largest oil company in the world responsible for our international policy on climate. Mr. Tillerson is perhaps a friend of Putin, but it is not a friend of the world, “says the NGO has posted a petition against the appointment.

Rex Tillerson has already shown that it can influence its positions especially when it comes to burnish his company’s image by deciding in 2009 to tax carbon while his predecessor Lee Raymond was opposed.

If it is not broken with diplomatic practice and protocols, Mr. Tillerson is nevertheless used to meet with world leaders to defend the interests of Exxon, present in more than fifty countries, Qatar to Papua New Guinea through Saudi Arabia. For example, he retired Exxon Venezuela following disagreements with former President Hugo Chavez.

His position as shareholder of Exxon, which holds more than $ 150 million of securities from the stock records could generate conflicts of interest because decisions as foreign minister would be likely to influence the share price. A lifting of sanctions against Russia, and certainly cause an outbreak of the action Exxon.